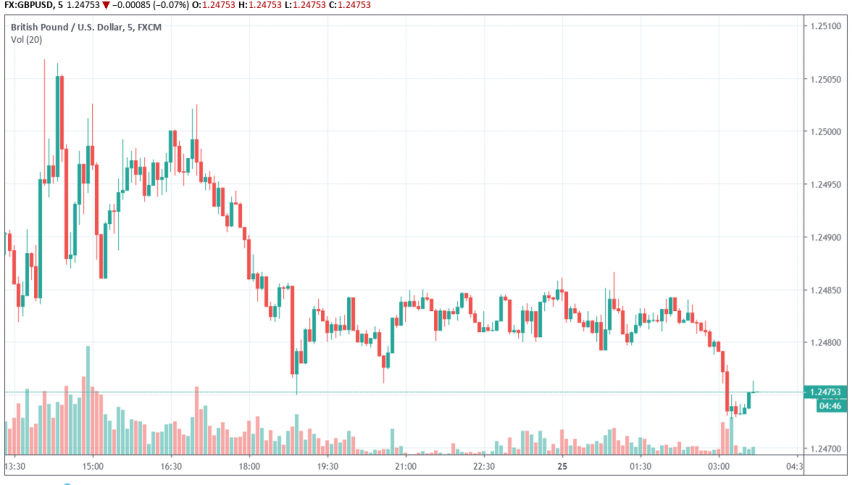 After weeks of uncertainty, Boris Johnson finally took over as UK’s next PM. While this may not bode well for Brexit, with his interest in taking Britain out of the EU without a deal, it has helped strengthen GBP/USD a little. The Cable finally climbed above the 1.25 level on Wednesday but has weakened once again to touch 1.247 at the time of writing.

The brief climb could have been caused due to traders shorting their positions after the results were announced, driven by a “buy the rumor, sell the fact” sentiment. A no-deal Brexit continues to weigh on the markets, with fears that the UK economy could dive into recession in such a scenario.

Confusion reigns high, with Boris Johnson determined to take Britain out of the EU on October 31, with or without a deal. To this effect, he has sacked over half the UK cabinet, who were known supporters of Theresa May, and replacing them with right-wing pro-Brexit ministers.