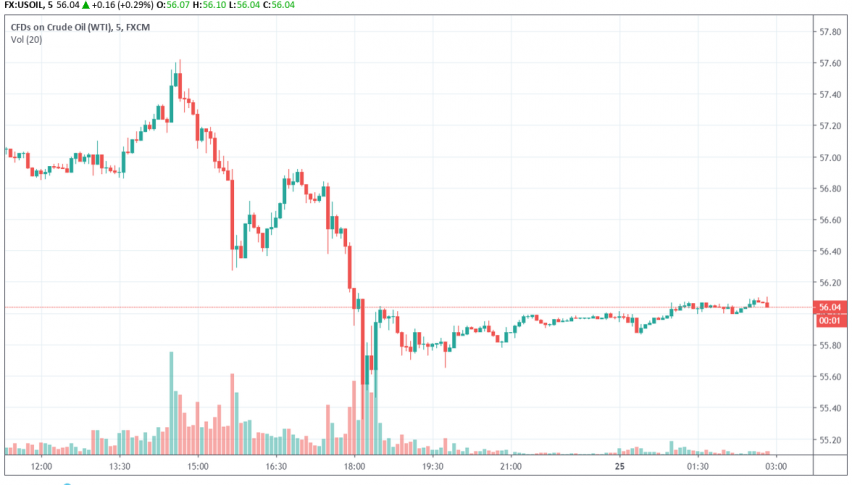 WTI crude oil prices are edging upward on Thursday despite concerns of weakening global demand which had caused a slight fall in prices yesterday. At the time of writing, WTI crude oil is trading at around $56.04 per barrel.

Weaker than expected services and manufacturing PMI reports from the US and Eurozone pointed to further slowing down of global economic growth, which is still reeling under the effects of global trade tensions. The EIA report released yesterday showed a bigger than expected drawdown in US crude inventories, which fell by 11 million barrels, in the previous week. However, this news failed to make much of an impact on oil prices.

Meanwhile, crude oil prices remain supported as tensions continue in the Middle East following the seizure of a British oil tanker late last week by Iran’s Revolutionary Guards. On Wednesday, Iran’s supreme leader Khamenei has warned of dangerous confrontation if the status of the Strait of Hormuz changes in any manner. France, Italy and Denmark have lent their support to Britain’s proposal for a European-led naval mission to ensure safe passage of ships in the Gulf region.