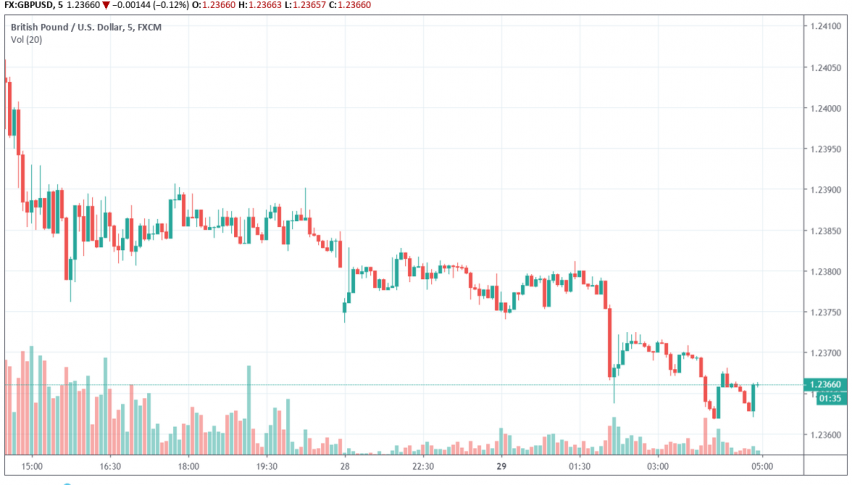 The weakness in GBP/USD continues into the new trading week over rising uncertainties around Brexit. Last Thursday, the European Commission President Jean-Claude Juncker told the British PM Boris Johnson that the EU will not renegotiate any other Brexit deal other than the previous withdrawal agreement.

At the time of writing, GBP/USD is trading at around 1.236, well below the 1.24 level. Juncker has welcomed any ideas put forward by Johnson surrounding Brexit as long as they remain compatible with the previously agreed withdrawal agreement.

Meanwhile, Johnson continues to maintain his interest in taking Britain out of the EU with or without a deal on the October 31 deadline. He has also called for the abolition of the Irish backstop in order to avoid a chaotic, no-deal Brexit scenario.

Trouble appears to be brewing between the EU and the UK ever since Boris Johnson assumed the post of the PM after campaigning for a hard Brexit. An increasing likelihood of this happening is causing prolonged weakness in the Pound lately. Banks have already warned that a no-deal Brexit could weaken the Pound to as much as 1.00 against the US dollar.

GBP/USD The Most Bullish Pair Today, After the Jump in UK Inflation
14 hours ago