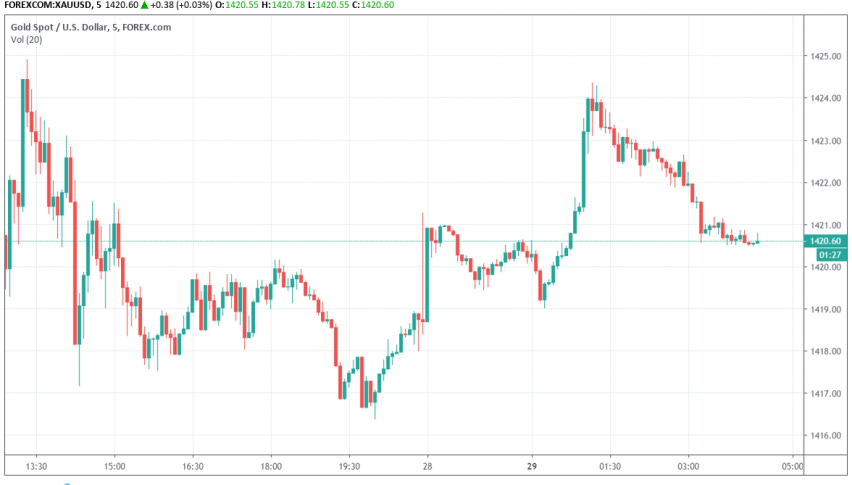 Early on Monday, GOLD is trading higher ahead of the upcoming Federal Reserve Meeting in anticipation of a rate cut. At the time of writing. Gold is trading just above $1,420.

The Fed is due to hold its monetary policy meeting on July 30-31 and it is widely expected to announce a rate cut to support the US economy in the wake of weakening economic data and low inflation. There is a higher expectation for a 0.25% rate cut, but a 0.5% rate cut could also be on the cards.

Even though the dollar has gained some strength over an update Q2 2019 GDP report, gold’s safe haven appeal remains supported over continued uncertainties on the trade front. US and China trade negotiations are expected to progress this week over a face-to-face meeting between their trade teams in Shanghai starting Tuesday.

However, expectations for these talks to progress towards a trade deal soon remain quite low. Tensions in the Middle East are also lending support to gold’s prices, with Iran holding an emergency meeting with other parties involved in its 2015 nuclear deal while US and Europe contemplate ways to increase maritime security in the Strait of Hormuz to protect their shipping interests in the Gulf region.

Forex & Commodities Trading Levels to Watch on Tuesday
23 mins ago