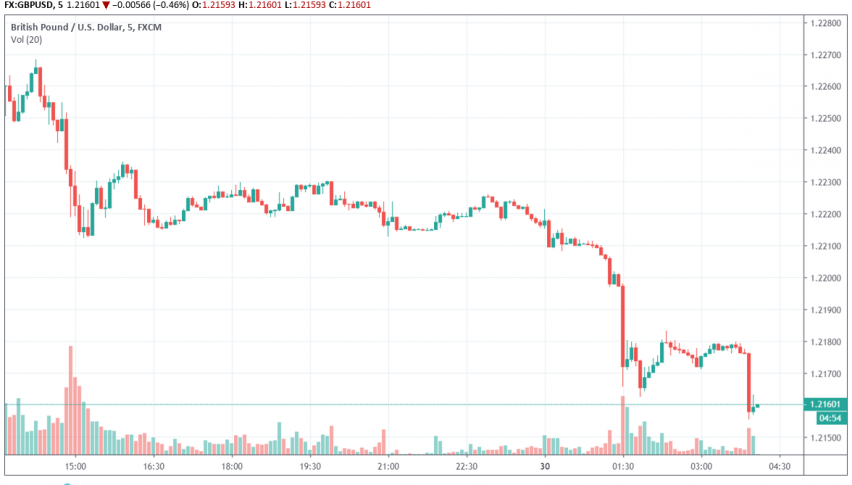 Fears of a no-deal Brexit continued to exert downward pressure on the Pound, weakening it to its lowest levels in 28 months. At the time of writing, GBP/USD is trading at around 1.216, after having suffered its biggest daily fall on Monday.

The long-term outlook for the Pound still remains bearish as markets expect it to fall even lower as the risk of a no-deal Brexit climbs higher. After his appointment, PM Boris Johnson continues to insist that he wants to renegotiate the Brexit deal with the EU, an offer the EU has repeatedly turned down.

Meanwhile, the UK government seems to be preparing for a no-deal Brexit just like Johnson had campaigned prior to coming to power. For now, it looks like the government is all set to blame EU for being stubborn and forcing Britain to exit without a deal.

In addition, the Sterling remains bearish over the possibility of an early parliamentary election in the UK. As of now, Johnson remains the favorite and if the UK headed for polls, there is a high likelihood of the Conservative Party being voted to power. Winning an election would give Johnson more credibility and power to push his plan for a hard Brexit.