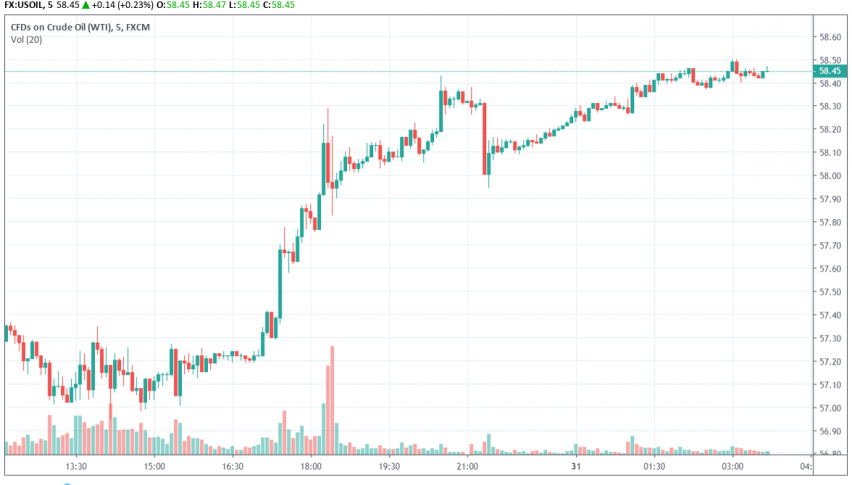 WTI crude oil prices continued their upward climb for a fifth consecutive day on Wednesday over a bigger than expected drop in US crude inventories. Ahead of today’s Fed meeting, WTI crude oil prices are trading at $58.45 per barrel, at the time of writing.

According to the API report released on Tuesday, crude stockpiles in the US have declined for several weeks now, falling by 6 million barrels to 443 million barrels during the previous week. Analyst expectations were for a 2 3 million barrel decline.

For now, all eyes turn to the Federal Reserve meeting which concludes later today. In addition, oil markets await the official number of US crude inventories by EIA which is also due to release today. A decline in this report would confirm a decline in crude stockpiles for 7 consecutive weeks.