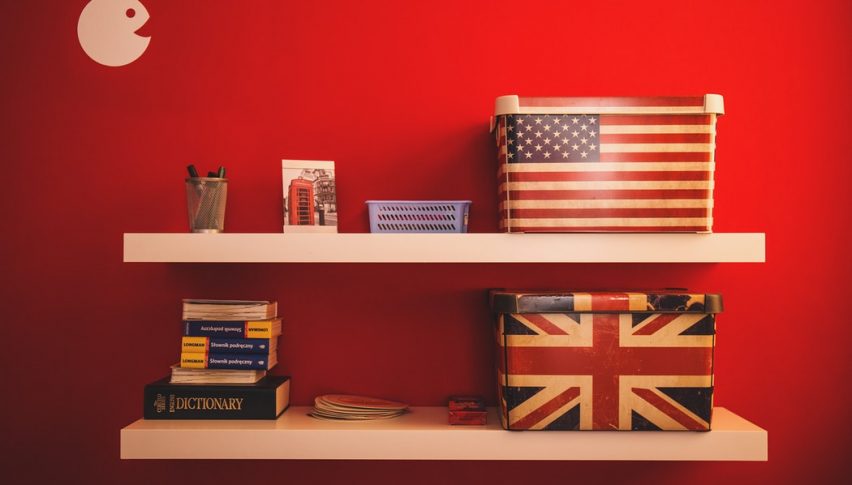 You must be wonderings why the dollar is getting stronger despite the rate cut from US Federal Reserve Bank. Well if you recall FX Leaders July 31 Brief, we already discussed a reversal in the US dollar.

Fed cuts target interest rate by 25 basis points to 2.00-2.25%, indicating implications of global developments for the US economic outlook and muted inflation pressures.

The US President Trump, who had asked a big rate cut, was unimpressed with the Federal Reserve’s 0.25% cut that took the federal funds target range to 2-2.25%. In his tweet, Mr. President said, “As usual, Powell let us down, but at least he is ending quantitative tightening, which shouldn’t have started in the first place – no inflation. We are winning anyway, but I am certainly not getting much help from the Federal Reserve!”

Well, what’s done is done and now the focus is shifting towards the Bank of England which is due to release its interest rate during the European session today. Here’s what to expect.

Usually, the market exhibits fragile trading volume and volatility ahead of the big day as the investors try to save their shots ahead of the NFP, but we can expect some action in GBP pairs.

At 11:00 GMT, the Official Bank Rate rate will be monitored. The odds of a rate change are almost 0%. BOE is widely expected to keep the rate on hold at 0.75%. The Bank of England is still on course to raise interest rates, had it not been for the high level of uncertainty due to Brexit.

So what’s there for us to trade?
Well, my friends, it’s the MPC Official Bank Rate Votes. The BOE MPC meeting minutes include the interest rate vote for all MPC members during the most recent meeting. The division of votes presents an insight into which members are shifting their stance on interest rates and how likely the committee is to determine a rate change in the future. For the moment, the votings are 0-0-9, which means that all the members are expected to vote to hold the rate.

The GBP/USD remains supported by the 1.2100 level despite a strong bullish reversal in dollar index following the Fed rate cut decision. A no-deal Brexit is about to become the truth for the United Kingdom, and the British government grew this financial year’s no-deal Brexit budget to 4.2 billion pounds in anticipation of a no-deal Brexit by the October 31st deadline.

On the inflation side, the strong depreciation in the pound presents them a tight maneuver margin for a dovish monetary policy provided that the annual inflation is previously at the 2% level and the pound continues suffering. Let’s focus on Inflation report as expectations of a drop in CPI figure may give wind to dovish BOE sentiment.

We also have manufacturing evens from the Eurozone, but these are not likely to bring volatility in the market as most of them are overshadowed by the BOE rate decision and NFP figures coming out tomorrow.

However, the ISM manufacturing PMI data from the US may trigger some price action in direct and indirect currency pairs. For beginners, it’s a leading indicator of economic health. Businesses react quickly to market conditions, and their purchasing managers hold perhaps the most current and relevant insight into the company’s view of the economy.

As per economists forecast, US manufacturing PMI is expected to rise to 52 vs. 51.7 previous months. Since it’s over 50, the US economy is considered to be achieving optimistic growth level. The dollar may retain bullish momentum today. 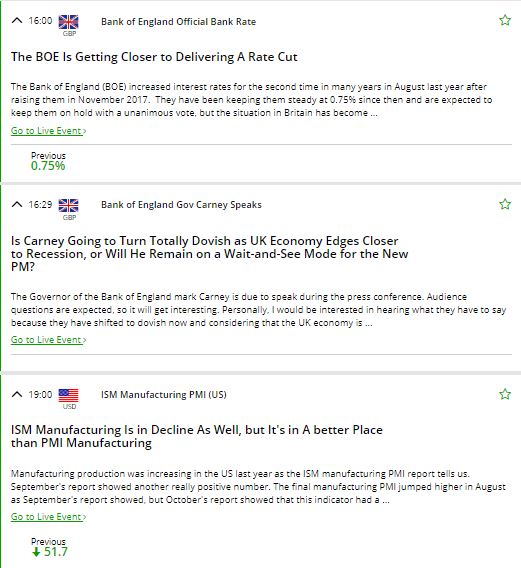 See you guys again with another update on Sterling pairs, Good luck!