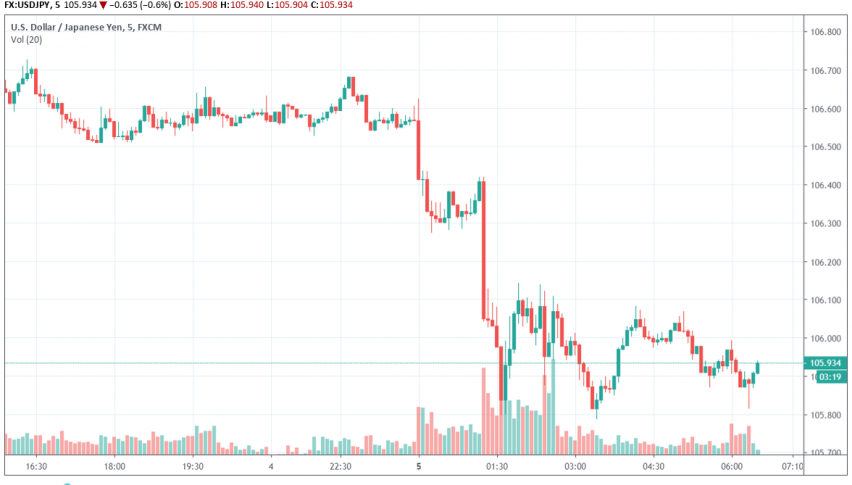 Japan’s services PMI for July has come in at a seasonally adjusted 51.8, sightly lower than the reading for June which stood at 51.9. Fortunately for the Japanese economy, this sector appears to remain in expansion, with the figures remaining above the 50 threshold.

Amid escalate trade tensions, Japan’s economy has suffered considerably as China is one of its key trading partners. Tariff hikes have slowed down exports and manufacturing in Japan, putting additional strain on the already weak economy.

Business expectations in the services sector have slid to close to a two-year low to touch 52.9, while new business was at a one-year low. On the positive side, employment in this sector has risen higher for the 33 consecutive months.

Policymakers are also anticipating that domestic demand remains strong and supports the economy in the face of rising external risks. USD/JPY has fallen away to trade at 105.93 at the time of writing, mostly unaffected by the release of this news as the trade war sentiment weighs on the markets.