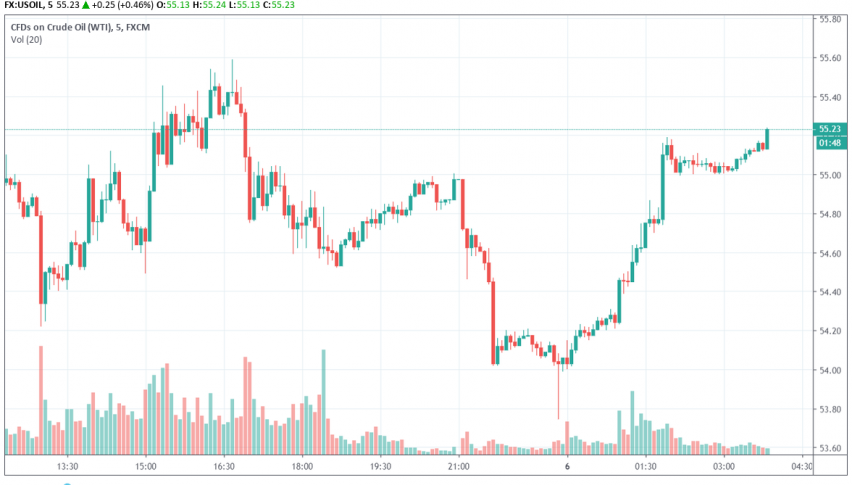 Early on Tuesday morning, WTI crude oil prices have climbed slightly higher, but the US-China trade war continues to weigh on oil markets. At the time of writing, WTI crude oil is trading at around $55.23 per barrel.

On Monday, crude oil lost over 3% of its value over concerns that the escalating trade war between the two world leaders would reduce the demand for oil in global markets. After imposing as additional round of tariffs on Chinese goods, the US has also accused China of manipulating its currency to maintain its dominant position in world markets.

Even the tensions in the Middle East surrounding Iran have been unable to support crude oil prices from weakening. On Sunday, Iran seized another oil tanker, accusing it of smuggling oil. The API report is due later today which could reveal US crude inventories and possibly impact oil prices.