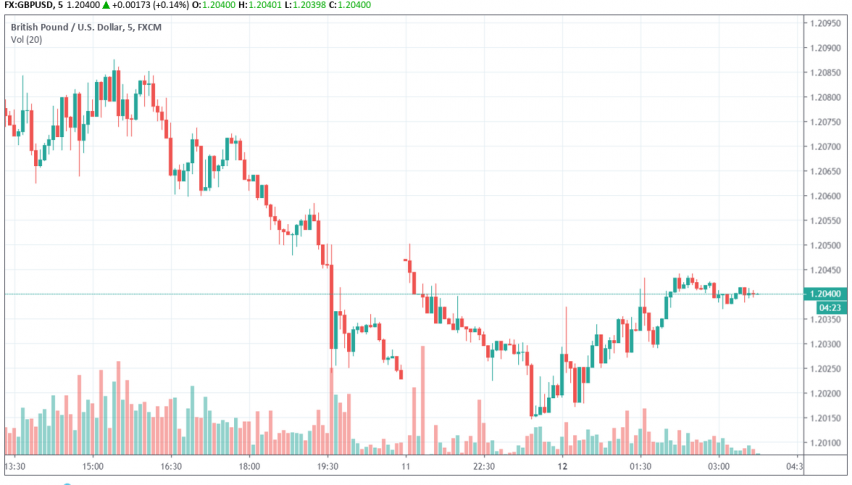 The Pound extends its bearishness over Brexit uncertainties and disappointing economic data releases into this week as well. At the time of writing, GBP/USD is trading at around 1.204.

Last Friday’s GDP report showed that UK’s economy experienced a contraction in Q2 2019, further denting the Pound which has remained under pressure since Boris Johnson came to power. The UK economy shrank by 0.2% in the second quarter of this year, the first contraction in nearly seven years.

Political tensions are also rising in Britain as MPs plan a vote of no confidence in a last ditch effort to prevent Boris Johnson’s no-deal Brexit scenario. Labour MPs have reportedly been told to cancel travel plans in September and stay in the country as Jeremy Corbyn, BoJo’s closest contender during the PM race, is planning to table the no-confidence motion in Parliament.

Forex & Commodities Trading Levels to Watch on Monday
24 hours ago