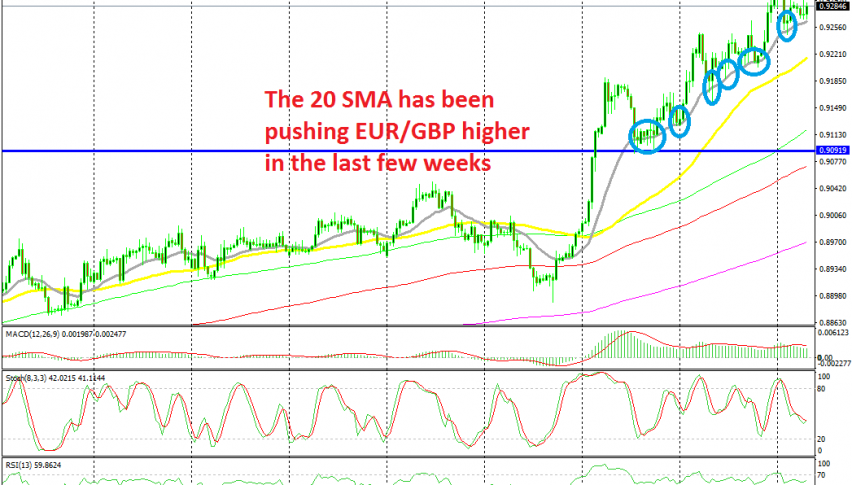 The uptrend is stretching further for this pair

EUR/GBP turned bullish at the beginning of May below 0.85 and since then the traffic has been in one direction only. In July the trend slowed and we saw a retrace lower, but the 50 SMA (yellow) held the decline on the daily chart and the buyers resumed control again by the end of the month.

There was nothing new coming from Boris Johnson regarding Brexit, which sent the GBP lower in the last few weeks and EUR/GBP higher. This pair broke above the resistance at 0.91 during the last week of the previous month and it raced to 0.9320s by Monday morning this week.

Looking at the H4 chart, we can see that the 50 SMA (yellow) and the 100 SMA (green) have been providing support for this pair, pushing the trend higher. But after the trend picked up pace at the end of July, it’s been the 20 SMA which has taken their place.

This moving average provided support yesterday after the pullback and today again after the pullback. The price formed a doji in the previous candlestick and now it is reversing higher. So, the 20 SMA is the defining indicator for this pair now and it seems like a good place to buy EUR/GBP.