EUR/USD Respects the Range, Despite the Decline in Industrial Production - Forex News by FX Leaders 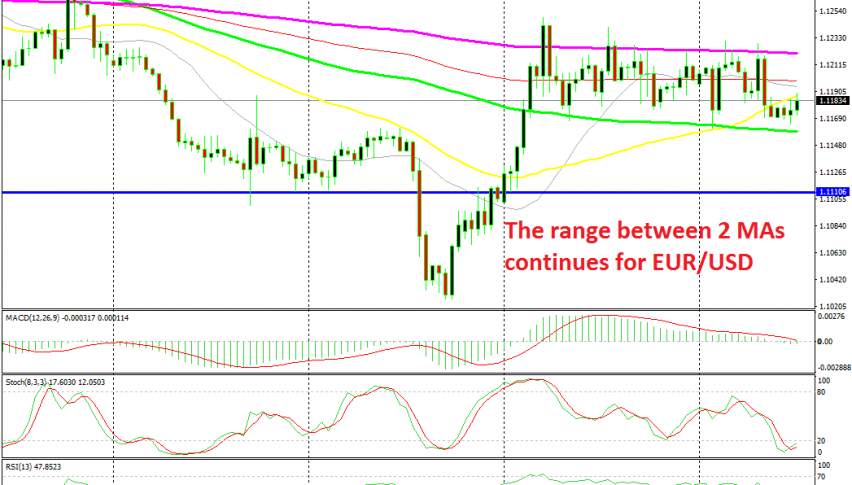 EUR/USD Respects the Range, Despite the Decline in Industrial Production

We will trade the range again, selling at the top

Earlier on, we had the Eurozone GDP report release as well as the industrial production figures. The GDP showed that the economy expanded by 0.2% in Q2, which is half of the growth in Q1, and growth in employment was also slashed in half at 0.2% from 0.4% in Q1.

It should have been negative for the Euro as well, but EUR/USD is trading the range mostly and is ignoring the data right now. We highlighted this range yesterday which stretched between the 200 SMA (purple) at the top and the 100 SMA (green) at the bottom.

This pair has been slipping lower since yesterday, but it couldn’t push below the 100 SMA which has been providing support for more than a week. The price formed a spinning bottom above the 100 SMA earlier today which is a reversing signal and now it is climbing higher. So, the range continues for this pair. We didn’t buy at the bottom, but we’ll try to sell this pair at the top when the price gets there.