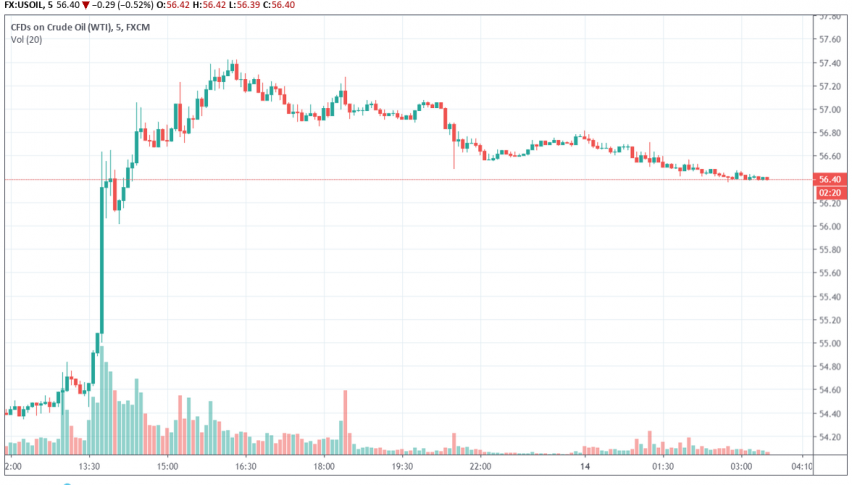 WTI crude oil’s bearishness continues into Wednesday after the API report from the previous day showed an unexpected build in US crude inventories. At the time of writing, WTI crude oil is trading at around $56.40 per barrel.

On Tuesday, crude oil prices climbed slightly higher buoyed by the news that US President Trump had decided to delay tariffs on some Chinese goods. This development was seen as a positive sign in the US-China trade war, and sent crude oil prices almost 5% higher.

WTI crude oil prices were also being supported by expectations that Saudi Arabia and other OPEC members would curb crude production as oil demand lowers owing to a slowdown in the global economy. Last week, Saudi had raised the possibility of restricting crude exports within 7 million bpd during August and September to prevent oil prices from declining further.