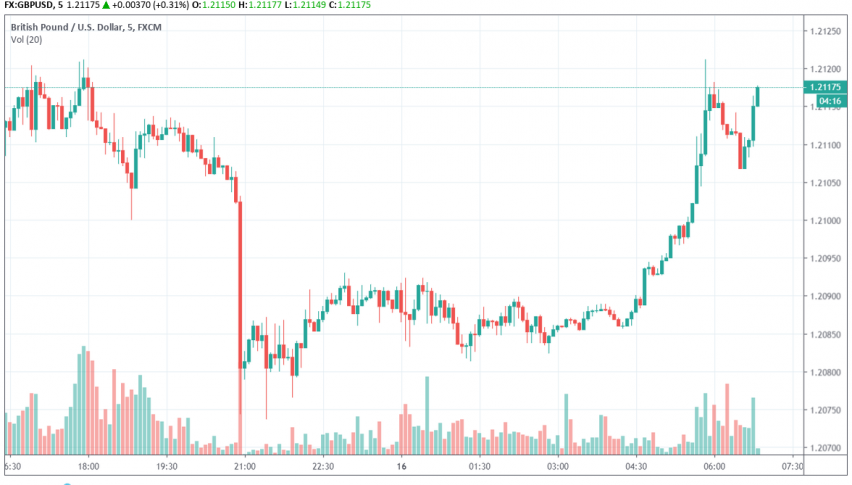 A better than expected retail sales report from the UK helped the Pound strengthen against the dollar and climb above the 1.21 resistance level on Thursday. In addition, news reports about the opposition Labour Party’s plans to prevent Boris Johnson from taking Britain out of the EU without a deal also supported the Pound.

At the time of writing, GBP/USD is trading at around 1.211, down from yesterday’s highs as the no-deal Brexit sentiment once again comes to the fore. The Labour Party announced its plans to call for a no-confidence vote soon and form a temporary government under Jeremy Corbyn to thwart BoJo’s plans for a hard Brexit.

From a fundamentals point of view, the Sterling has had a good week so far with strong economic data releases, including earnings growth, inflation and retail sales. However, with the risks of a no-deal Brexit rising, UK markets and the currency have been facing immense pressure over worries of a possible recession after Britain leaves the EU.

The long term outlook for GBP still remains bearish and is unlikely to change until significant developments on Brexit happen in the coming days.