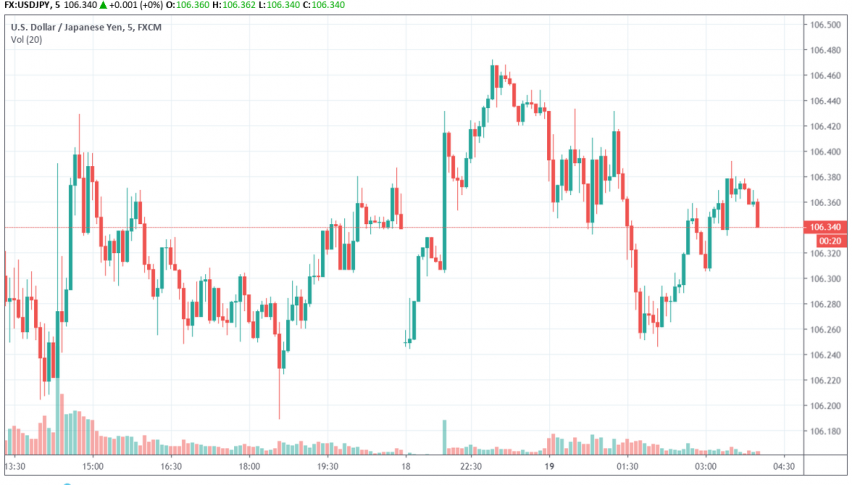 Early on Monday, the Japanese yen is trading lower as the safe haven appeal of the currency dips lower, following a rally in stock markets over reduced fears of an economic recession. At the time of writing, USD/JPY is trading at 106.34.

On Friday, US bond yields reversed following their inversion that had sent financial markets into a state of panic over a possible recession looming ahead. This helped improve the sentiment and sent Wall Street stocks rallying higher and caused the US dollar to strengthen to a near two-week high against major currencies.

The improvement in market sentiment and the strengthening of the US dollar have caused a rally in USD/JPY as investors move their money towards riskier assets.