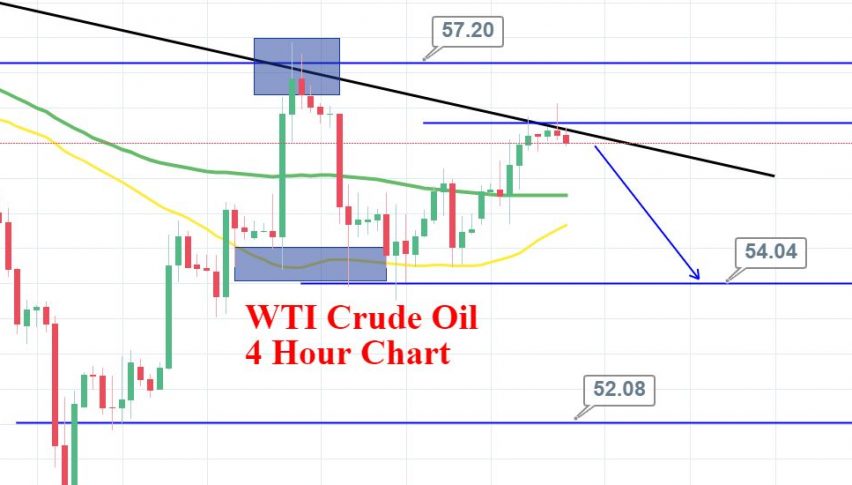 On Tuesday, WTI crude oil prices traded bullishly edging up from 54.50 to 56.30 over easing in the US-China trade war tensions. Moreover, sentiments that the major economies will take stimulus measures to ward off a potential economic slowdown that could hit oil demand weigh on oil markets.

Lately, the United States announced it would continue a reprieve that allows China’s Huawei Technologies to buy components from US companies, signaling a slight softening of the trade conflict between the world’s two largest economies.

Moreover, China’s announcement of key interest rate changes during the weekend has prompted expectations of an imminent decline in corporate borrowing costs. With this, investors are expecting growth in China and thus increased demand for crude oil from the world’s biggest oil consumer.

On the 4-hour timeframe, crude oil is testing bearish trendline around 56.20, which is pushing it lower. The resistance level is becoming stronger especially due to the closing of Doji candle right below 56.20 resistance level.

The RSI and Stochastics are in the overbought zone, which is signaling chances of bearish reversal or at least correction in crude oil. On the lower side, crude oil may find support around 55.50 and 54.70. Whereas, the resistance is likely to be around 56.30. The bullish breakout can lead to oil prices towards 57.10. 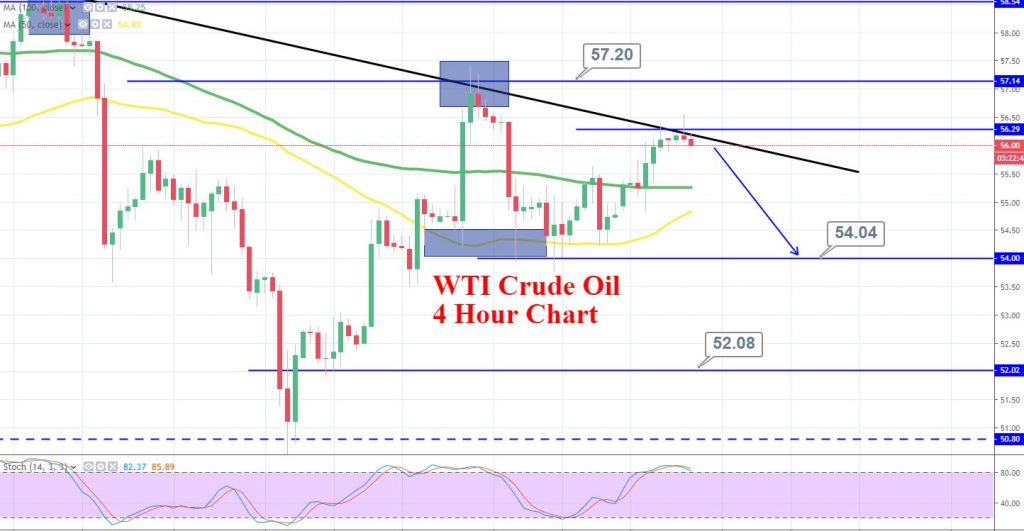