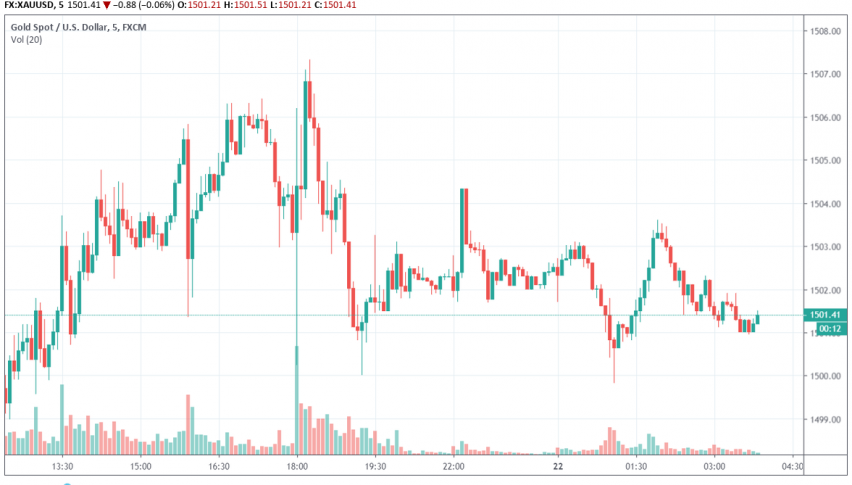 After the release of FOMC meeting minutes, Gold prices are trading steady, holding just above the key $1,500 level. At the time of writing, GOLD is trading at a little above $1,501.

The meeting minutes revealed that members of the Fed were divided about the rate cut announced in July, but were unanimous in exploring ways to ease the monetary policy. Markets continue to anticipate another rate cut being announced by the Fed in September, while easing by 100 basis points is expected by the end of 2020.

The attention now shifts to the upcoming Jackson Hole symposium of the Federal Reserve and later, the G7 summit. Expectations remain high that major central banks around the world will soon roll out stimulus measures to support their economies and prevent them from slipping into recession. This sentiment and the ongoing US-China trade war are expected to continue supporting gold prices.