Chinese Yuan Trades at 11-Year Lows, China Appeals for “Calm” Negotiations With the US - Forex News by FX Leaders 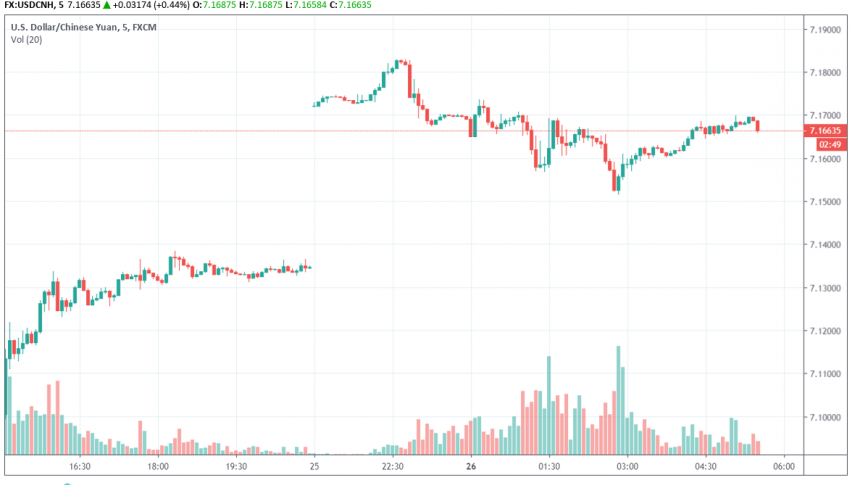 Chinese Yuan Trades at 11-Year Lows, China Appeals for “Calm” Negotiations With the US

The Chinese yuan fell to an 11-year low as the US-China trade war worsened again following fresh round of tariffs from both countries. At the time of writing, USD/CNH is trading at around 7.166, the weakest level since the currency started trading internationally back in 2010.

On Friday, China announced its decision to hike tariffs on $75 billion worth of US imports. This prompted Trump to announce an additional duty of 5% on $550 billion worth of Chinese imports. Trump also called for American companies to relocate their manufacturing to locations outside of China.

Trump’s latest move in the trade war has unleashed a fresh wave of uncertainty in global financial markets, and it doesn’t look like the dust will settle anytime soon. Stock markets have tumbled lower during Friday’s US session and today’s Asian session. Meanwhile, China continues to call for “calm” negotiations towards resolving the dispute and reaching a trade deal.

On Monday, Chinese Vice Premier Liu He stated, “We are willing to resolve the issue through consultations and cooperation in a calm attitude and resolutely oppose the escalation of the trade war.” However, the Chinese media has taken a stronger stance against the US government, stating that it will not be allowed to control China’s fate.