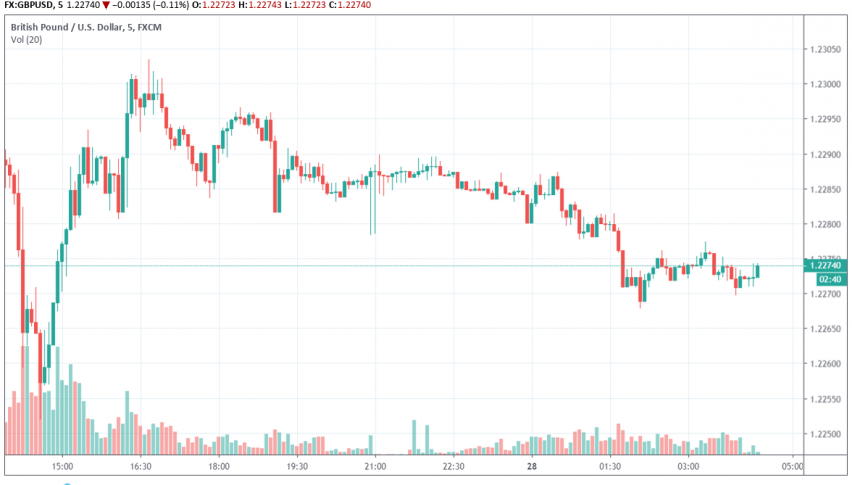 The Pound continues to strengthen against the dollar into Wednesday following the latest developments on Brexit during the G7 summit. At the time of writing, GBP/USD is trading at around 1.227 even as the dollar trades under pressure.

On Tuesday, opposition parties announced their intention to pass a law to stop Britain from leaving the EU without a deal in place on the October 31 deadline. Labour party leader Jeremy Corbyn met with other opposition parties to discuss possible ways to prevent a no-deal Brexit, and also considered passing a legislation in the Parliament to ensure that UK PM Boris Johnson seeks a delay until a deal is finalized.

Buoyed by these news reports, GBP/USD surged over 0.7% to cross the 1.23 level, but has traded lower since then. Worries of a disorderly, no-deal Brexit continue to weigh on British financial markets. Investors remain concerned that a hard Brexit could have severe long-term consequences on the economy as well as on trade and the currency.