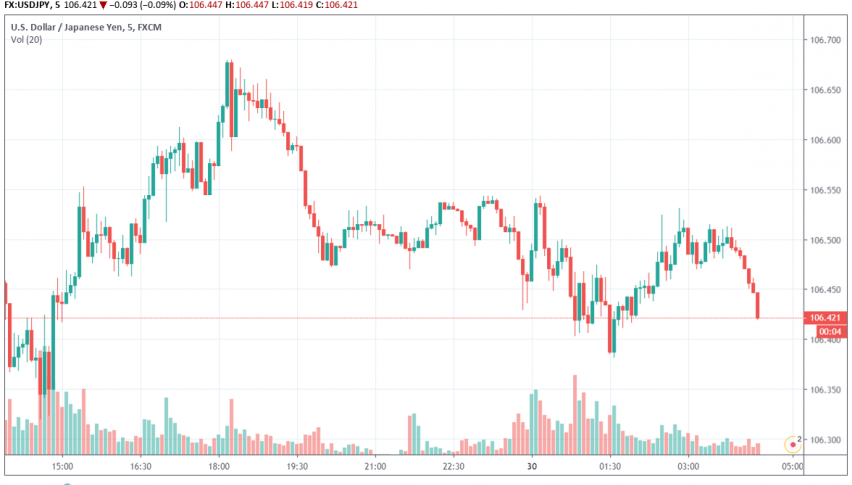 The Japanese yen is trading steady against the US dollar over positive comments on the US-China trade war. At the time of writing, USD/JPY is trading at around 106.42, as the safe haven appeal of the yen recedes slightly.

Following investors’ rebalancing at the end of the month, the US dollar has strengthened against major currencies, resulting in further bullish moves in USD/JPY. The US dollar index has risen to a monthly high, touching 98.52.

The market sentiment improved after China’s Commerce Ministry confirmed that trade teams were discussing their upcoming face-to-face meeting scheduled for September. This has the markets optimistic that both countries could resume their trade negotiations and work out their differences.

However, the Japanese yen’s safe haven appeal remains supported over ongoing protests in Hong Kong and rising tensions in the Middle East region. In addition, other geopolitical risks surrounding Brexit and the trade war are also exerting an upward pressure on currencies like JPY and CHF.