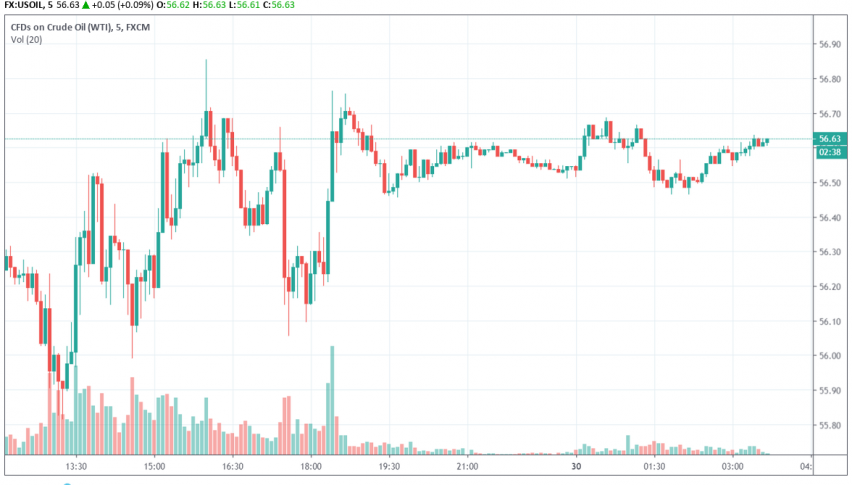 WTI crude oil prices have edged lower following three days of gains over rising tensions about the US-China trade war and the global economic slowdown. At the time of writing, WTI crude oil is trading at around $56.63 per barrel.

Despite dipping lower earlier today, crude oil is all set for a weekly gain of 4% over a bigger than expected drop in US crude inventories and an approaching hurricane off the coast of Florida. Hurricane Dorian developing off the coast of Florida has traders worried about crude production slowing down in the Gulf of Mexico region if the storm passes through it.

However, the trade war continues to weigh on oil markets, capping gains over increased worries of leading economies slowing down and reducing their demand for oil. Although China confirmed on Thursday that in-person meetings between trade teams will be held in September as originally scheduled, a trade deal still seems a long way off.