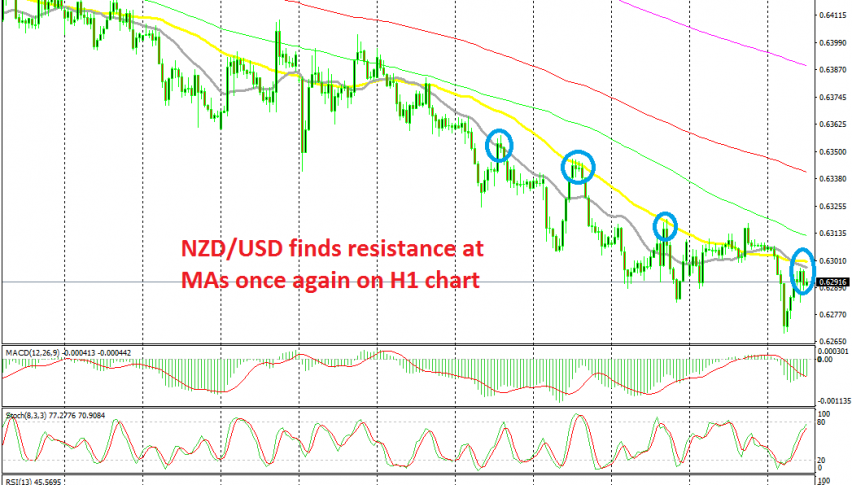 Going Short on NZD/USD Has Never Proved Us Wrong

Another retrace, another selling opportunity in NZD/USD

Yesterday we posted an article on NZD/USD. We have been selling this pair continuously during the past couple of months, the last time being yesterday. NZD/USD had retraced higher and it was finding resistance at the 50 SMA (yellow) on the H1 chart when we opened that signal. The price broke above that moving average but it reversed down and made a new low overnight after the Reserve Bank of Australia meeting.

Today the situation is quite similar. After the tumble lower in the first half of the Asian session, this pair retraced higher again during the second half. But, it hasn’t been able to break above moving averages. The 50 SMA is providing resistance again and this time the 20 SMA (grey) is helping as well.

Buyers have been having trouble continuing the retrace higher in the last few hours, which is a sign that they might be exhausted by now. The stochastic indicator is also overbought on this time-frame, which means that the retrace higher is complete. That was enough for us and we opened another sell signal in this pair. Now we wait for the bearish trend to resume once again.