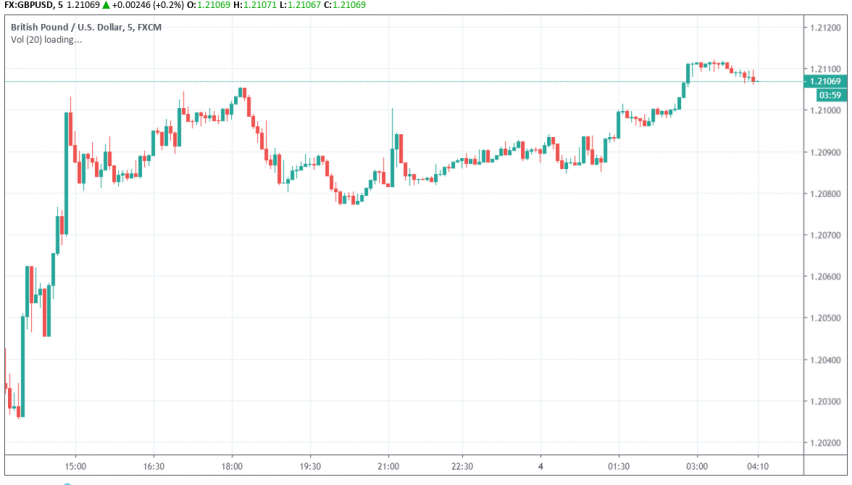 Early on Wednesday, the Pound has pulled back slightly higher against the dollar after falling to a three-year low under the key 1.20 level. After opposition parties defeated Johnson in Parliament in an effort to stop a no-deal Brexit, the Pound has regained some strength while the dollar has slipped lower after US manufacturing sector weakened in August.

At the time of writing, GBP/USD is trading at around 1.21, as traders anticipate yet another delay in Brexit caused by general elections. Lawmakers from across parties voted to defeat Johnson and have called for a vote on Wednesday which could potentially force Johnson to request the EU to delay Brexit until a deal has been reached.

GBP/USD also gained some strength as the dollar edged down after US manufacturing contracted for the first time in three years during August. The ISM manufacturing index fell to 49.1, below the 50 threshold, indicating a shrinking in factory activity. This news has caused the US dollar to edge 0.4% lower from its peak reached on Tuesday.

Inflation Picks Up in UK, Whilst Remaining Subdued in Europe
20 hours ago