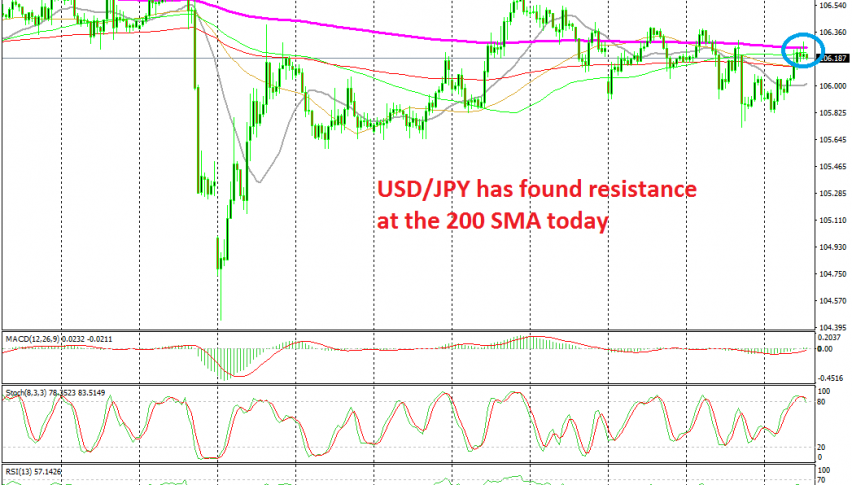 Selling USD/JPY at the 200 SMA

The pullback is complete in USD/JPY now

USD/JPY turned really bearish on Friday 23rd after Donald Trump announced new tariffs on China. This pair lost around 250 pips in the US session that day and opened with a bearish gap, taking this pair to 104.44, which means that the support at 105 was finally broken.

Although we saw USD/JPY retrace higher the entire week, claiming back all the losses as China and the US softened the tones last week. This week though the pair has reversed back down again, making lower highs and lower lows. Yesterday we saw USD/JPY tumble 50 pips lower after the US ISM manufacturing report.

This indicator fell below 50 points, which means that this sector fell into contraction in the US as well, so the US joined the rest of the globe with manufacturing activity shrinking in August. As a result, the USD tumbled lower. But, it has retraced higher today during the Asian session, although buyers haven’t been able to push above the 200 SMA (purple) on the H1 chart, which has been providing resistance this morning.

The stochastic indicator is now overbought and turning lower, while the previous H1 candlestick closed as an upside-down hammer which is a reversing signal. So, we decided to go short below the 200 SMA, now we wait for the bearish trend to resume.