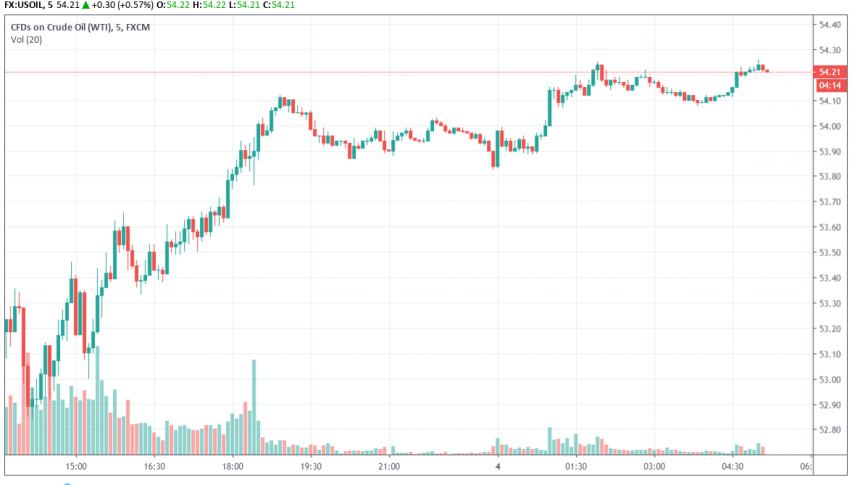 WTI crude oil prices are edging slightly higher on Wednesday after slipping lower during the previous day after US manufacturing activity contracted for the first time in three years. At the time of writing, WTI crude oil is trading at $54.21 per barrel, after having fallen to a one-month low on Tuesday.

In addition, manufacturing in Eurozone contracted for the seventh consecutive month in August, adding to increased worries of an impending recession in the global economy. Falling manufacturing activity and weakening economic growth force oil demand to reduce, and hence weigh on crude oil prices.

On the positive side, crude oil prices enjoy some support from a growth in Chinese manufacturing and services sectors, despite the ongoing trade war with the US. Despite OPEC introducing production cuts, crude oil continues to trade under pressure over the continued trade tensions.