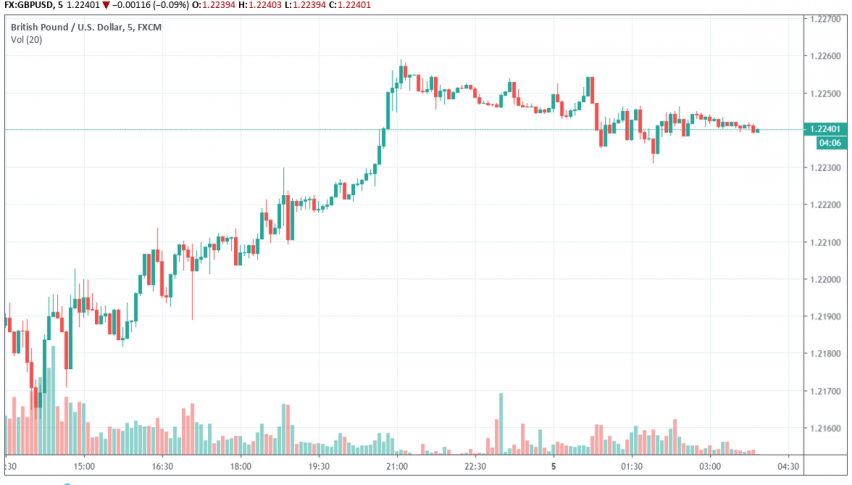 Early on Thursday, the Pound is trading at a one-week high against the US dollar over hopes that a no-deal Brexit can be averted. At the time of writing, GBP/USD is trading at around 1.224.

During the previous day, the UK Parliament voted to stop Johnson’s plans for a hard Brexit. However, Johnson’s calls for a snap election on October 15 was rejected by the Parliament. Even though this vote reduces the risk of a no-deal Brexit, uncertainties surrounding Britain’s exit from the EU still remain.

The most possible scenario looks to be a delay in Brexit until the political storm settles. The opposition Labour party is also just as keen on general elections as Johnson is, however, they insist on passing a law preventing a no-deal Brexit before this to prevent any future PM’s attempts to take Britain out of the EU without a deal in place.

Selling EUR/GBP Again Today, Below the 100 SMA
24 hours ago