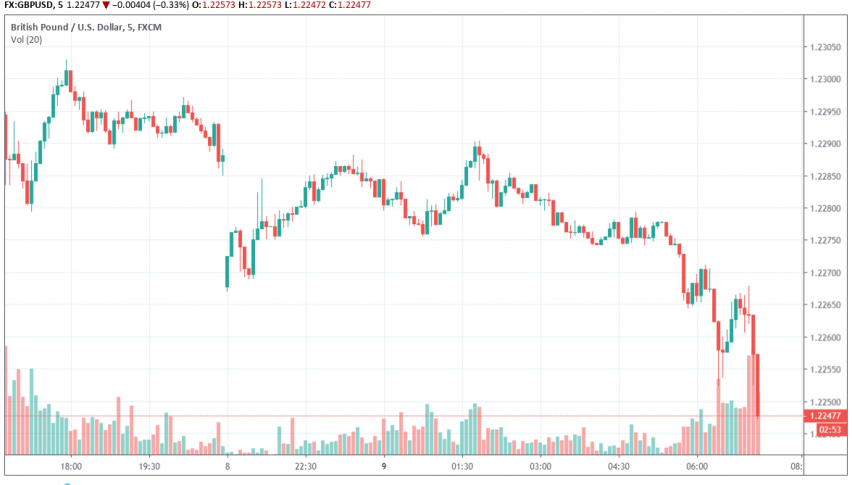 The Pound is trading lower against the US dollar early on Monday before what is set to be a volatile week as far as Brexit is concerned. At the time of writing, GBP/USD is trading at around 1.224.

Later today, the UK Parliament will vote once again on snap elections while a bill which will block any attempts to take Britain out of the EU without a deal will receive royal assent. Once this becomes law, the most likely scenario before PM Boris Johnson is yet another extension on the Brexit deadline until he comes up with a new deal, one that can pass through UK’s Parliament.

Whichever way this unfolds, Johnson will remain in the spotlight as his government tries to find a way out of the new deal and continue with their plans to leave EU on October 31 “with or without a deal”. While the latest political developments have reduced the likelihood of a no-deal Brexit for now, helping the Pound edge higher, KPMG has forecast that such a scenario could cause UK’s economy to contract by 1.5% in 2020.

According to KPMG, business confidence and consumer spending are also likely to take a hit next year in the event of a hard Brexit. With this latest forecast, KPMG joins the BOE and the Office for Budget Responsibility (OBR) in warning against the dire consequences of leaving EU without a deal.