[[WTI] crude oil prices rose as the API report revealed that WTI crude oil inventories fell by more than twice the amount against the forecast. West Texas Intermediate is trading at $57.97 a barrel ahead of EIA report today.
On Tuesday, the American Petroleum Institute announced that US crude stocks declined by 7.2 million barrels for the week concluding on September 6. The API figures also reportedly revealed a stockpile drop of 4.5 million barrels in gasoline, while distillate stocks increased by 618,000 barrels.
Inventory figures from the Energy Information Administration (EIA) will be released in an hour from now. The EIA numbers are anticipated to dispense crude inventories declining by 3.6 million barrels last week.

Crude oil is trading into the bullish channel which is supporting it around 57.20 area along with a resistance area around 58.50. The RSI and Stochastic are suggesting bearish bias among traders.
The Fibonacci retracement indicator is suggesting support around 23.6% Fibo levels at 57.50 and 38.2% level at 56.99.
Most of the market movement now depends on the crude oil inventories data as we may see sharp fluctuations in the market over EIA report release. 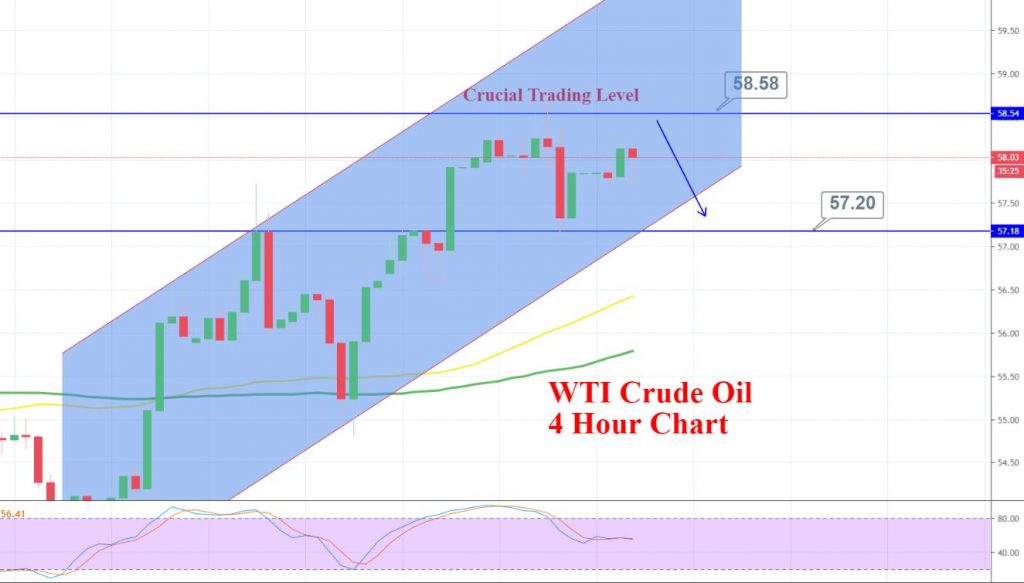