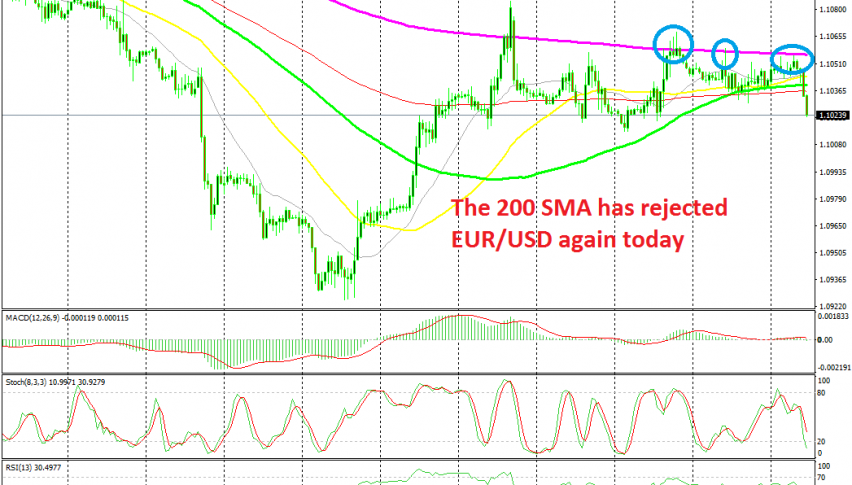 EUR/USD Heading for Our TP Target

EUR/USD is heading down now

On Monday we opened a sell signal in EUR/USD as this pair was climbing higher. Although, buyers failed to take out the 100 SMA on the H4 time-frame chart which I highlighted yesterday for the second time, and this was a sign that they might give up soon.

They didn’t actually; they had another go at it yesterday and today again, but they have failed to break that moving average every time. On the H1 time-frame, we have the 200 SMA (purple) which has been doing that job in the last several days.

This moving average has been providing resistance and it did so twice today during the Asian session. That was a clear signal that the buyers were giving up and a reverse down was due soon, which has been taking place in the last few hours. Now EUR/USD is headed for 1.1020 where the take profit (TP) target is, so we’re getting ready for other signals once this one closes and releases some more equity for us.