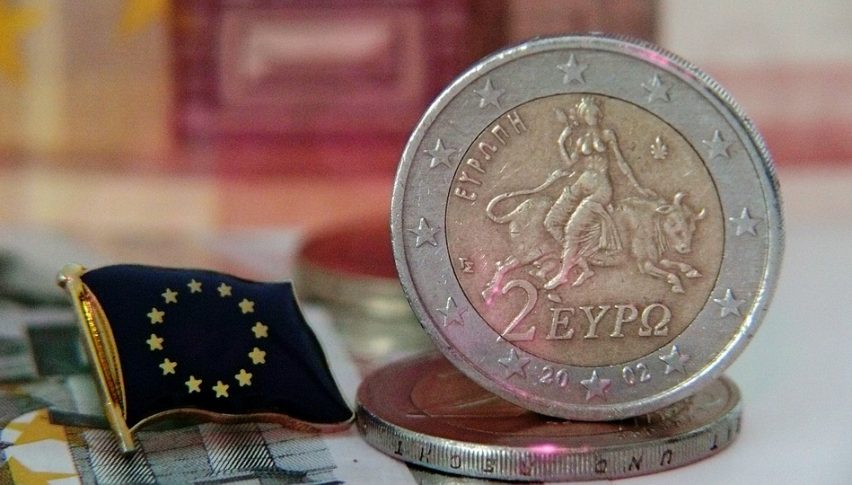 This week has mostly been muted from fundamentals viewpoint. The forex market continued to price in the worse than expected NFP figures as well as the ECB rate cut sentiments. Finally, the day has come when the European Central Bank is scheduled to release its decision on the minimum bid rate and upcoming monetary policy.

Besides, the investor focus also stays on the ECB Presser, and the investors are aiming for a dovish tone from Mario Draghi.

So far, the US dollar traded bullish against the Euro, but the trading range has been very limited in the wake of ECB rate decision.  Traders are waiting to see if further monetary stimulus will be useful to cope with the economic slowdown in the Eurozone. Let’s discuss it in more detail.

INSEE is due to release French inflation rate with a neutral forecast of 0.5% growth vs. 0.5% CPI beforehand. Although CPI is one of the significant economic events as it shows a change in the price of goods and services purchased by consumers, honestly I think investors won’t bother to waste their shots ahead of ECB rate decision today.

Main Refinancing Rate – At 11:45 GMT, the European Central Bank will be releasing its refinancing rate (interest rate) which is widely expected to remain unchanged at 0.00%.

There’s a rather strong sentiment in the markets that something will come out of the ECB monetary policy conference today. However, the question is, will that move the markets and what can it be?

We have three options:

The primary issue is whether the bank will cut rates. Going over Draghi’s remarks from June, a rate cut appears to be the case. The reason for a rate cut has been as an “assurance” arrangement for the slight positive economic numbers over the last few months.

The Central Bank’s minimum bid rate already stays at 0.00% and cutting it will throw it deeper into the negative zone.

Most of the big banks are expecting the central bank to cut the deposit rate by 10 to 20 base points to stabilize the economy during the slowdown phase. With that, people will reduce fund deposits in the bank, and will use them in business or spend it in the marketplace, increasing demand for products. Ultimately it will help boost the slowdown cycle of the economy.

To accommodate interest rate cut or deposit rate cut, the ECB also has to provide alternative funding sources. It’s for sure that people won’t deposit funds into banks upon adverse interest rate decisions.

Therefore, the central bank may offer quantitative stimulate in the form of injecting 30/40 billion euros per month. This way, bankers will be able to allocate funds to borrowers without having an issue of lack of deposits

Here’s a glimpse at what banks are anticipating out of the ECB:

ECB Press Conference – Although the ECB is widely expected to stand pat this month, investors speculate it may offer hints on its plans to introduce the bond purchases plan this year. While many reckon the ECB’s policymakers may avoid signaling shifts in its policy given the weakness in the Euro.

1) What happens if ECB decides to keep the rate unchanged? Euro can sharply spike as an initial response and that spike can be huge and may support the Euro.

3) What if ECB gives a timeline & shares a plan of APA (Asset purchase agreement)? It’s going to trigger sharp sell-off in the Euro and may offer us an opportunity to sell for a significant number of pips. The estimated figure is 100 or more pips on the sell-side.