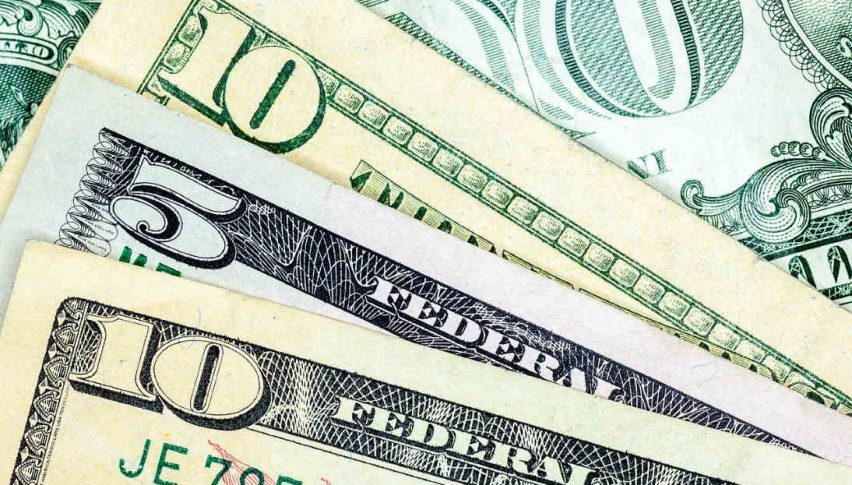 A Whipsaw Week For The USD Index

The USD Index Is Apparently Back From The Dead.

It has been a whipsaw week for December USD Index futures. Values have rotated around the 98.000 handle as traders attempt to price the on-again, off-again sentiment toward further FED rate cuts. Thus far today, the USD Index is in tight rotation within Tuesday’s range.

In addition to this afternoon’s much-anticipated FED Interest Rate Decision, there were a few economic metrics released during the premarket. Here is a quick look at the highlights:

This group of numbers suggests that July’s rate cuts have stimulated the U.S. construction industry. Building Permits and Housing Starts both jumped in August, a likely result of cheaper financing. Perhaps another rate cut later today will act as the catalyst for further construction sector gains in October.

At press time (11:00 AM EST), December USD Index futures are up moderately for the session. Rates are in a noncommittal technical area on the daily time frame and appear happy to wait for the FOMC’s verdict.

Overview: Given the market uncertainty surrounding this particular FED rate decision, it is anyone’s guess where the USD Index will settle today. However, the intermediate-term bullish trend is intact and rates are above daily support. If we see the FOMC hold policy firm, a rally toward the Spike High (98.900) may be in order.

One thing to watch this afternoon is President Trump’s Twitter feed. He has been a harsh critic of Jerome Powell and the FED, especially following last month’s Jackson Hole Symposium. Should another surprise policy move from the White House be announced following today’s FOMC decision, it will likely be issued via Twitter.