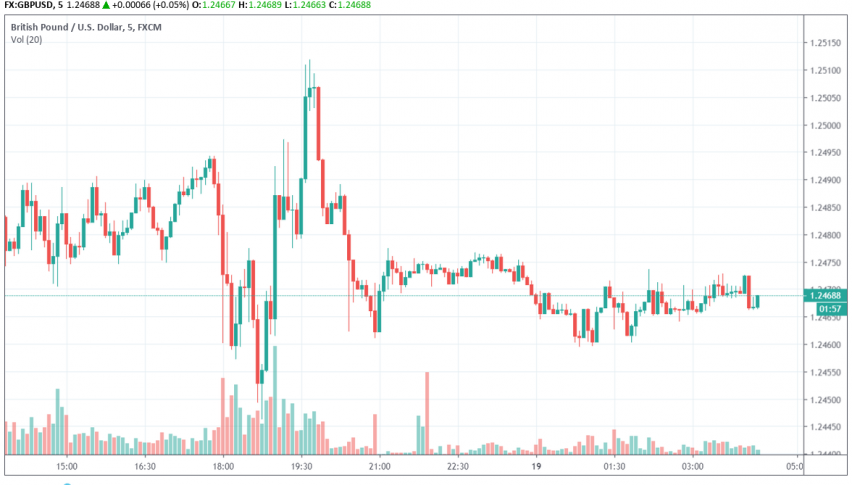 After rising above the 1.25 level, the Pound is trading slightly lower but steady against the US dollar into Thursday. At the time of writing, GBP/USD is trading at around 1.246.

Britain’s CPI for August came in less than expected at 1.7%, down from 1.9% expected and in July. This caused a sell-off in the Pound but it recovered shortly thereafter to cross the 1.25 level briefly.

GBP/USD touched a six-week high of 1.2528 over rising hopes that UK PM Boris Johnson could try to get a new Brexit deal approved by the EU before the October 31 deadline. The Pound had been rising over the past few weeks over a reduced likelihood of a no-deal Brexit scenario.

However, the Cable slipped lower after the EU cautioned that the risk of a no-deal Brexit still remains, until Britain comes up with a realistic alternative to the Irish backstop issue. While addressing EU lawmakers, European Commission President Juncker stated, “There is very little time left … The risk of a no-deal is very real”.