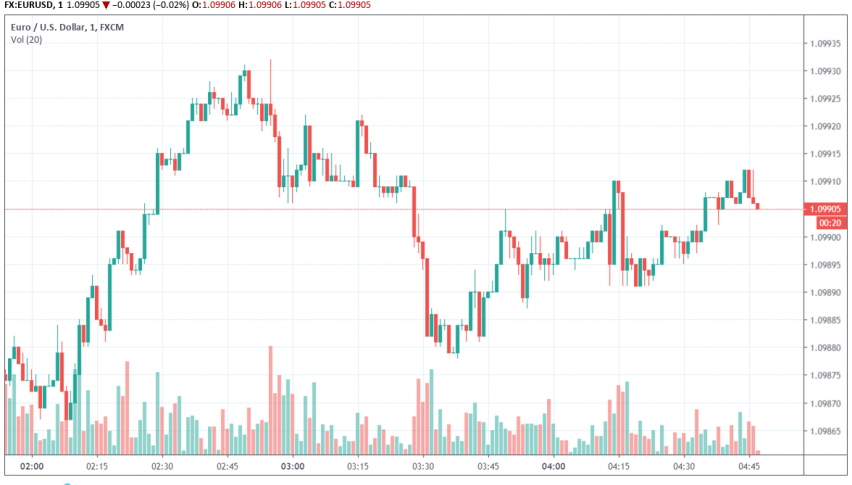 Euro Slides Lower Over Worries of Weakening in German Economy

The Euro continues to trade weak against the US dollar early on Tuesday after falling 0.2% lower over weak manufacturing data. At the time of writing, EUR/USD is trading at around 1.099.

Although the services sector continued to grow, the rate of expansion weakened in September when compared to the previous month. Moreover, after growing for nearly six continuous years, job creation also came to a standstill in Germany. According to Principal Economist at IHS Markit, Phil Smith, “With job creation across Germany stalling, the domestic-oriented service sector has lost one of its main pillars of growth. A first fall in services new business for over four-and-a-half years provides evidence that demand across Germany is already starting to deteriorate.”

The bearishness in EUR/USD has been further magnified by a strengthening in the US dollar after manufacturing activity in the US picked up in September. Trading volume and volatility in forex markets remain low presently, as traders await more news releases before entering new positions.