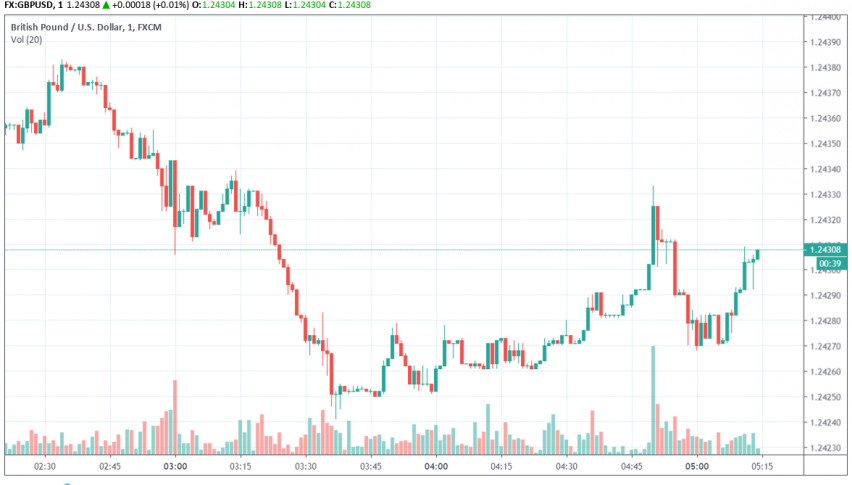 The Pound has edged lower against the US dollar in anticipation of the Supreme Court ruling due today about UK PM Boris Johnson’s decision to prorogue the Parliament. If the Supreme Court rules against Johnson, it could further complicate the process of finalizing a Brexit deal before the October 31 deadline.

At the time of writing, GBP/USD is trading at around 1.243. There is a possibility that if the ruling goes against Johnson, it could mean that the Parliament could be reconvened sooner, giving UK lawmakers more powers to criticize Johnson’s attempts at taking Britain out of the EU with or without a deal, as he has campaigned.

Meanwhile, PM Johnson continues to insist that the EU needs to be flexible towards achieving a new Brexit deal. A meeting between Johnson and European Council President Donald Tusk on the sidelines of the UN General Assembly in New York on Monday failed to make much progress or lead to a breakthrough towards a Brexit deal.