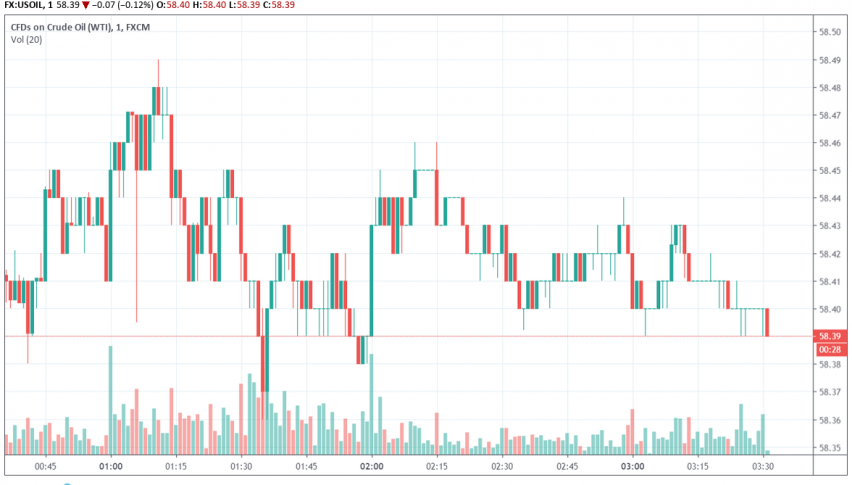 WTI crude oil prices traded lower early on Tuesday as a result of weak manufacturing PMI figures from the Eurozone and Japan. At the time of writing, WTI crude oil is trading at around $58.39 per barrel.

After supply concerns that dominated the sentiment in oil markets over the past few days following the attacks on Saudi Aramco’s oil facilities, recent economic data releases shifts the focus back on weakening demand and slowdown in the global economy. Meanwhile, a source confirmed to Reuters that Saudi Arabia has managed to restore around 75% of the crude output compromised during the attacks. Saudi is expected to resume full production by early next week.

Crude oil continues to remain supported over heightened geopolitical tensions after Britain, Germany and France backed the US and Saudi Arabia in pointing the finger at Iran for the recent attacks. The European leaders are trying to draw Iran into discussions on its nuclear and missile programs.