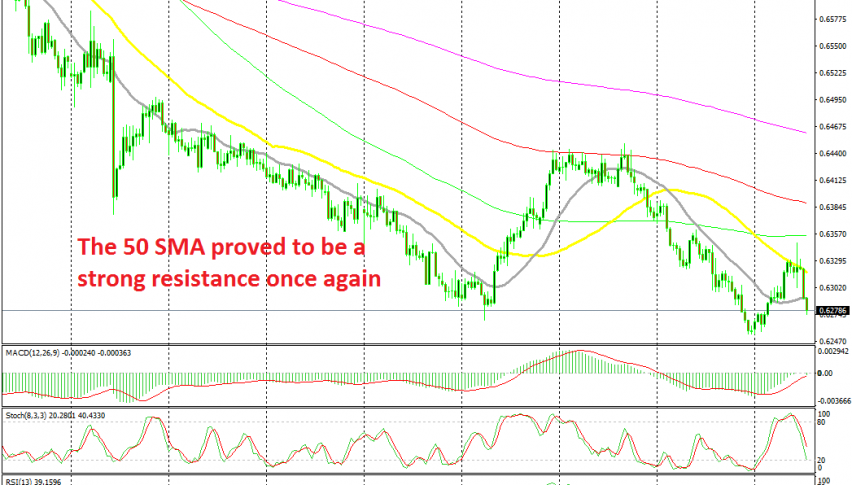 The trend is impossible to change for NZD/USD

The USD turned bearish this week for no particular reason. I suppose it was time for a correction of the USDX lower after the strong uptrend last week. NZD/USD benefited from that and this pair climbed nearly 100 pips higher. The climb stopped yesterday at the 50 SMA (yellow) though.

That moving average kept the price below it until the Reserve Bank of New Zealand (RBNZ) interest rate decision. They kept rates unchanged at 1.00% as expected but the statement that was released at the same time wasn’t as dovish as markets were expecting.

That sent the price 30 pips higher and above the 50 SMA on the H4 chart, but the price returned back below it and that H4 candlestick closed below the 50 SMA. So, it didn’t count as a break. The same scenario happened in the next H4 period, so the 50 SMA was reconfirmed as strong resistance.

The USD gained confidence as the hours went by and NZD/USD now heads towards the previous lows. This means that the retrace higher is over, as the stochastic indicator showed this morning when it was oversold. Now the bearish trend has resumed, although we will see if the sellers will have the strength to break last week’s lows.