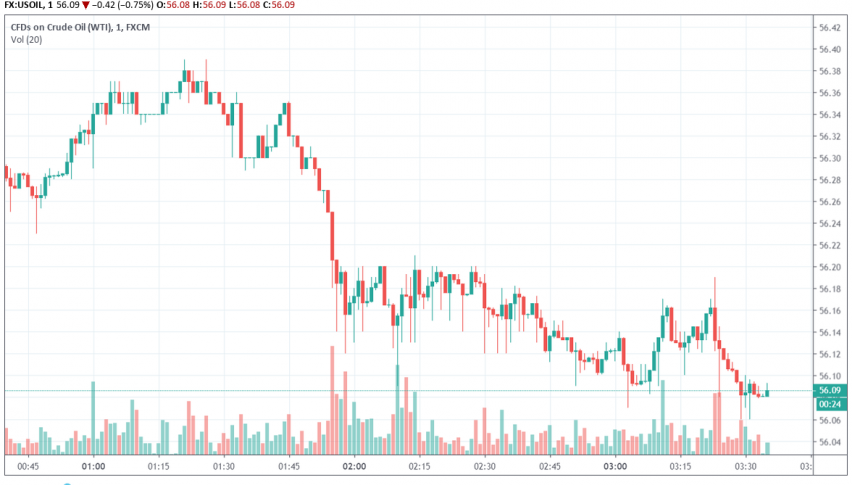 WTI crude oil prices continued to slide into Friday, erasing gains made following the attacks on Saudi crude processing facilities. At the time of writing, WTI crude oil is trading at around $56.09 per barrel.

Crude oil prices were driven lower by the faster than expected resumption of crude production from the damaged facilities. In addition, weakening growth across the global economy came back to dominate the sentiment in oil markets following the release of disappointing economic data from leading countries around the world recently.

So far this week, WTI crude oil has lost around 3% of its value, making this the maximum weekly loss in the past 10 weeks. Less than two weeks after the drone attacks, Saudi Arabia has restored its normal capacity of crude production of 11.3 million bpd, while markets expected the leading oil producing nation to take longer to resume normal levels of production.