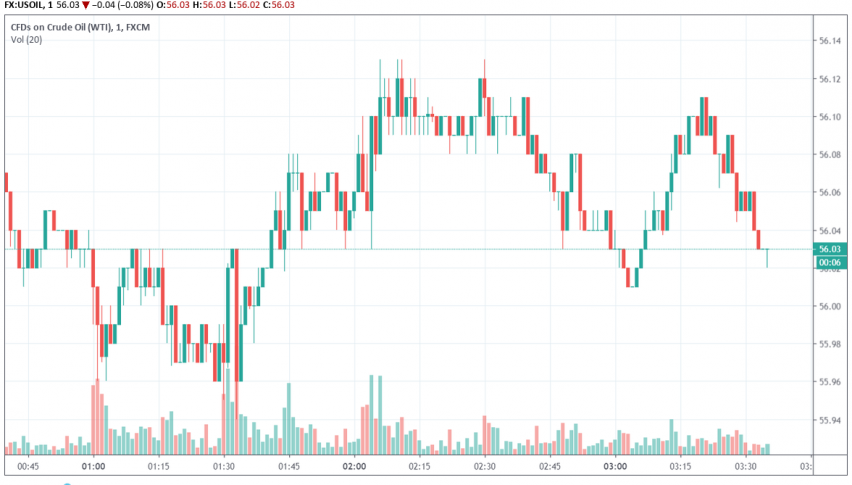 At the start of a fresh trading week, WTI crude oil has risen above the two week lows touched late last week, but the bullishness remains weak over concerns of a global economic slowdown. At the time of writing, WTI crude oil is trading at around $56.03 per barrel.

Crude oil has climbed higher following an interview by Saudi crown prince Mohammed Bin Salman about how oil prices could soar until Iran’s plans in the Middle East are deterred, preferably by a political solution instead of military action. The situation in the Gulf region continues to remain tense after Yemeni Houthis claimed to carry out a major attack along the Saudi border.

However, oil’s gains remain capped over mounting concerns of the ongoing US-China trade war and its impact on weakening global economic growth. After a few days of bullishness following the attacks on Saudi crude processing facilities, the trade war has once again come back in focus. Although there have been positive headlines from both sides lately, markets remain concerned that the trade dispute between the US and china could prolong.