Forex Signals US Session Brief, Oct 1 – The USD Continues to Edge Higher With Nowhere Else to Turn to - Forex News by FX Leaders 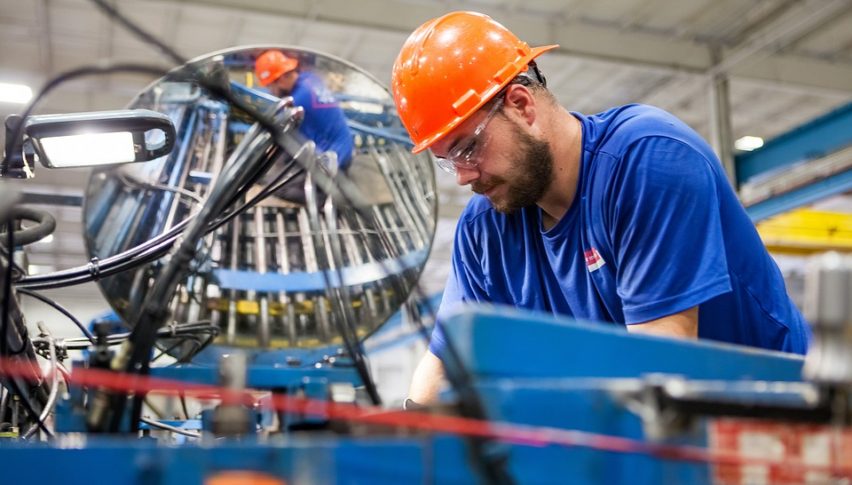 Forex Signals US Session Brief, Oct 1 – The USD Continues to Edge Higher With Nowhere Else to Turn to

Manufacturing just dived further in contraction in the US

Markets have been shifting and risk sentiment has been shifting on and off in recent months as the political tensions continue to affect markets globally. But, removing all the noise, the USD has been the beneficiary after all. Yesterday, the USD turned bullish, especially against the Euro, after the Italian, German and Spanish inflation figures came in pretty soft. Today, the Eurozone inflation come in mixed, with headline inflation ticking lower to 0.9%, while core CPI ticked higher to 1.0%. Although, that is still pretty soft. So, EUR/USD has continued to slide and made some new lows earlier today at the start of the European session.

But, the USD hasn’t been rallying against the Euro only. GBP/USD turned bearish earlier, despite comments from Boris Johnson’s spokesperson that a solution for the Irish border issue can be found. The Aussie has a bigger reason to decline after the Reserve bank of Australia (RBA) cut interest rates for the third time in four months last night. The decline in this pair has pulled the Kiwi lower as well. The CAD fell in the US session after the GDP report for July came in flat, missing expectations. Safe havens are also on the slide, as the sentiment remains mildly positive, so the USD is taking advantage of all this. 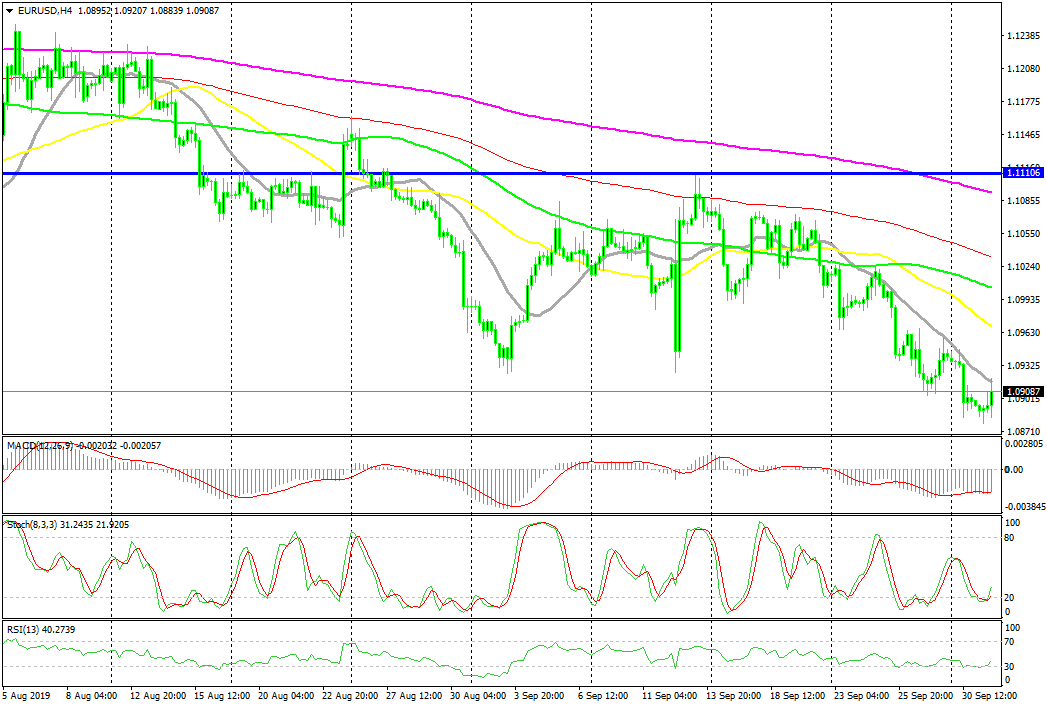 EUR/USD has been bearish for more than a year, but it has been getting increasingly bearish in the last two weeks, as the Eurozone economy continues to deteriorate. Today this pair made new lows after breaking below 1.09 yesterday. But we have seen a retrace higher during most of the European session today. Although, the pullback seems exhausted now as this pair retreated off the 20 SMA (grey) once again on the H4 chart. Fundamentals are still more bearish for the Euro, so we decided to go short below the 20 SMA just a while ago.

The US ISM manufacturing PMI indicator was expected to return above 50 points today after falling into contraction last month. But, the contraction deepened further in September as the figures released just now show. This increases the uncerainty further on a global scale, because it would mean that the manufacturing sector is falling fast in contraction in the US as it has in other major countries across the globe.