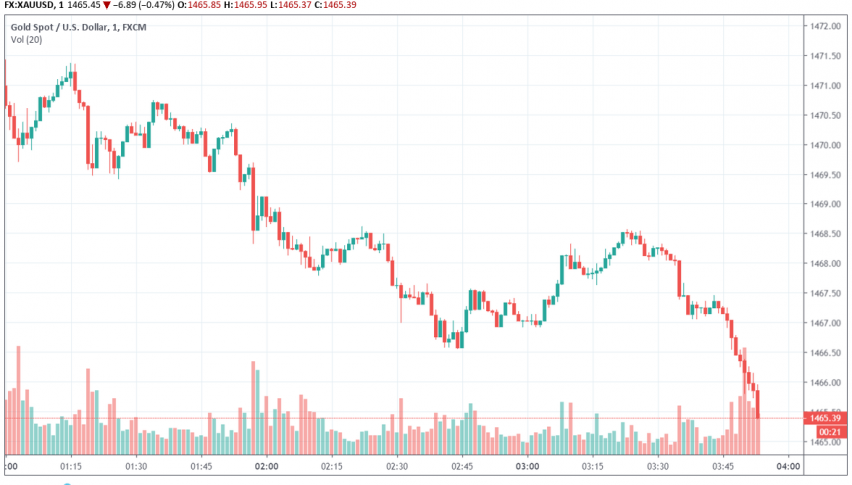 Gold prices slid lower to trade close to two-month lows as its safe haven appeal diminished and the US dollar strengthened over developments in the US-China trade war. At the time of writing, GOLD is trading at a little above $1,465.

The US dollar climbed to an over two-year high while global stock markets also rallied early on Tuesday, which has reduced the demand for gold in markets. This is despite the ongoing uncertainty surrounding the trade tensions between the US and China.

After hearing several positive reassurances from both sides, recent news reports point to the US considering delisting Chinese companies from its stock exchanges. This prompted China to issue a warning on Monday that any plans of such “decoupling” could create immense instability in world markets.

Meanwhile, Trump’s impeachment inquiry has intensified amid recent media reports of his misusing diplomatic channels to bring down his adversaries. Public support for his impeachment has been rising steadily over the past few days. Meanwhile, Trump has threatened that he could have his opponents arrested for treason.