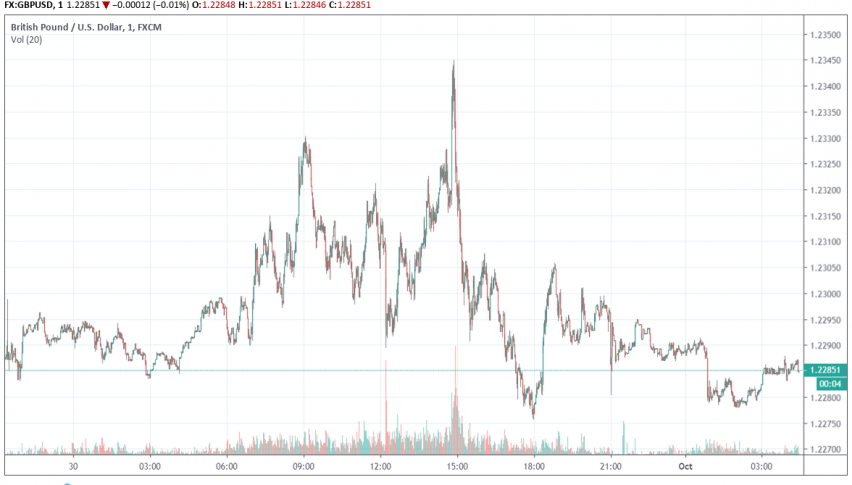 The weakness in the pound continues into Tuesday as no positive developments surrounding Brexit emerge even as the deadline approaches. At the time of writing, GBP/USD is trading at around 1.228, after a brief spike higher on Monday.

According to sources, the UK government has prepared a draft Brexit deal and is set to share this information with EU officials within this week. David Frost is expected to share PM Boris Johnson’s proposal for removing the problematic Irish backstop from the current withdrawal agreement. Johnson has also reportedly asked the EU to prevent yet another delay in Brexit beyond the present October 31 deadline.

According to proposals sent to the EU, the UK is keen on creating several customs clearance zones on either side of the border between Ireland and Northern Ireland. Meanwhile, EU officials, including allies of the UK, have criticized Johnson’s approach towards Brexit as he insists of getting special exceptions with his threats of a no-deal Brexit.