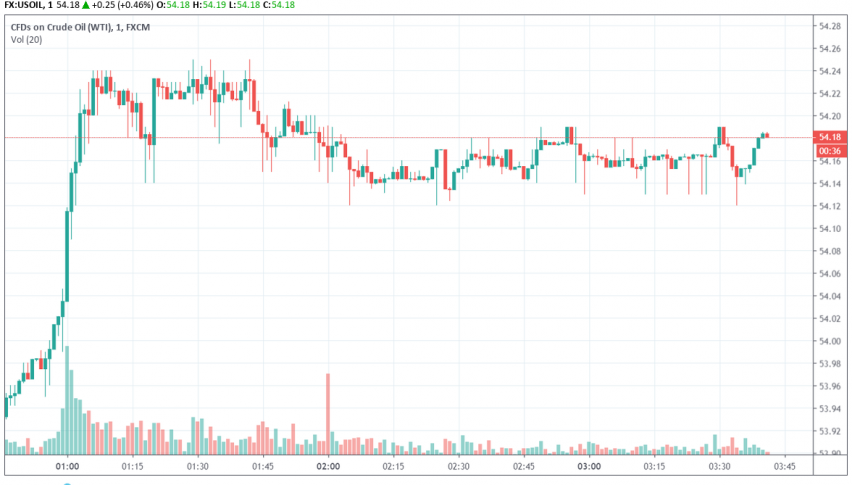 After several days of weak trading, WTI crude oil prices edged higher after the API report released on Tuesday revealed a surprising decline in US crude stockpiles. At the time of writing, WTI crude oil is trading at around $54.18 per barrel.

Going against economists’ expectations for expansion, ISM manufacturing index dipped to 47.8 in September, 1.3 points lower than in August. The manufacturing sector was severely impacted by a drop in exports on account of the trade war with China.

Crude oil received some support and pared some losses after the API report revealed an unexpected drop in US crude inventories by 5.9 million barrels during the previous week. Economists were expecting a 1.6 million barrel increase instead.