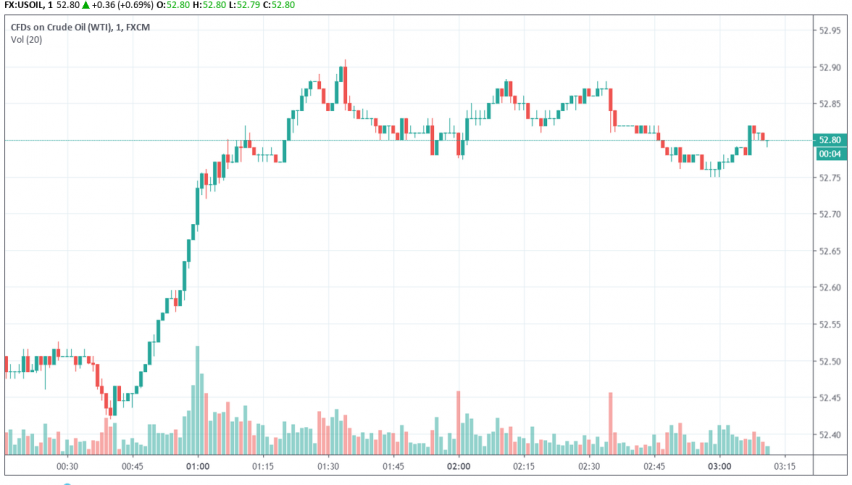 WTI crude oil prices bounced higher on Thursday after sliding 1.8% lower during the previous session over ongoing concerns about weakness in global economic growth and the US-China trade war. At the time of writing, WTI crude oil is trading at around $52.80 per barrel.

Crude oil prices came under pressure on the release of the EIA report on Wednesday which revealed that crude inventories in the US climbed 3.1 million barrels higher during the previous week. This went against analysts’ forecast which was for a rise of 1.6 million barrels.

Crude oil continues to trade cautiously ahead of the upcoming trade talks between the US and China scheduled to take place next week. Traders await for any positive developments towards resolution of a trade dispute that has dragged on for more than a year and caused weakness not only in two of the world’s largest economies, but impacted other leading economies worldwide as well.

The ongoing economic weakness as a result of the trade war has been weakening the demand for crude oil globally.