Buying the pullback in EUR/USD - Forex News by FX Leaders 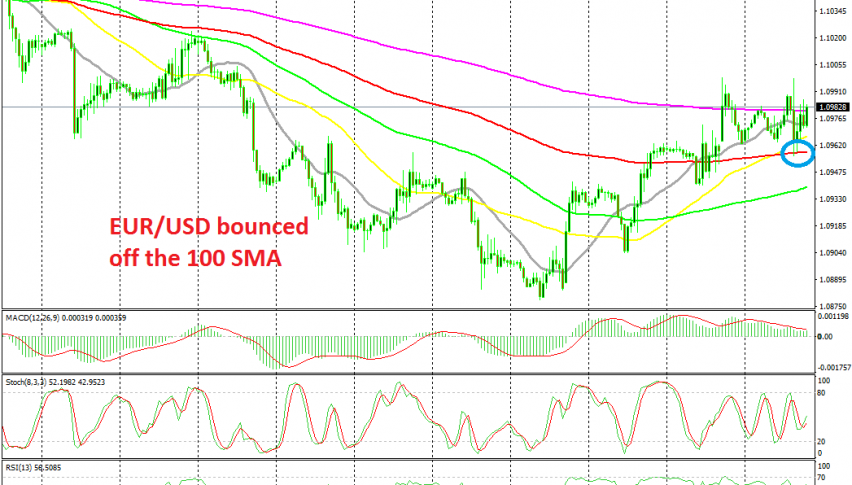 Buying the pullback in EUR/USD

The retrace lower ended for EUR/USD

EUR/USD was pretty bearish in the last two weeks, but this week the situation has reversed. The bearish trend continued in the first two days of this week and EUR/USD made some new lows below 1.09, but when the US ISM manufacturing fell deeper in contraction on Tuesday, the USD turned bearish and EUR/USD reversed higher.

Then, yesterday’s ISM non-manufacturing report gave this pair another push higher. The price broke all moving averages on the H4 chart and it pushed above the 200 SMA (purple) twice, but it retreated back below it today, after the US employment report which was sort of mixed.

Average earnings for September came in flat at 0.0%, missing expectations, but the unemployment rate declined by 0.2%, from 3.7% to 3.5%, which had a bigger impact on the USD, since it came as a surprise. EUR/USD tumbled lower for a while,but the 100 SMA (red) held the decline, so it seems like this moving average has turned into support now. We decided to go long at that moving average and now EUR/USD has reversed higher, which means that it was a good decision to buy this pair at the 100 SMA.