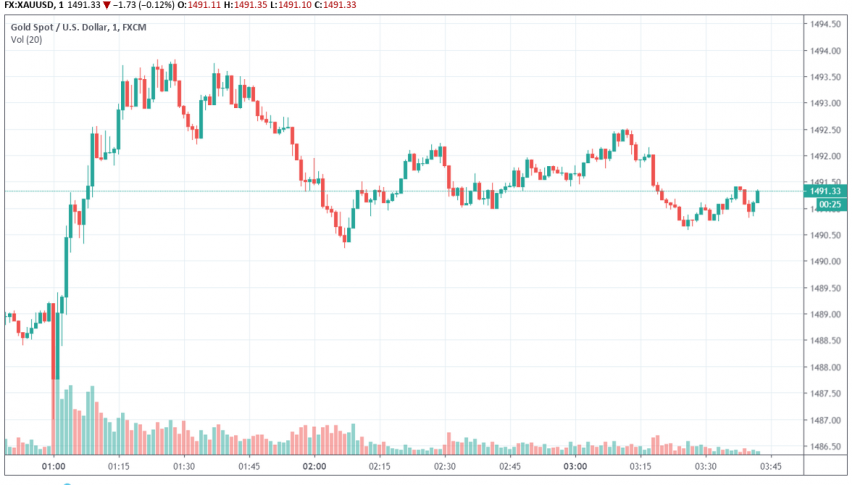 Gold Slides Below $1,500 Ahead of September’s FOMC Meeting Minutes Release

Gold prices are trading steady after sliding below the $1,500 level during the previous trading session, ahead of the FOMC minutes and the US-China trade talks scheduled for later this week. At the time of writing, GOLD is trading at a little above $1,491.

The FOMC minutes from the Fed’s September meeting are due tomorrow, and could drop hints about any upcoming rate cuts being planned by the US central bank. After a slew of disappointing economic data releases from the previous week, markets are widely anticipating that the Fed could cut rates once more before the end of the year to stem any possible weakness or recession in the US economy.

In case the FOMC minutes reveal a more dovish outlook, gold could turn bullish after the minutes are released. For now, gold is trading cautiously lower as investor trim their bullish bets in the precious metal ahead of the meeting minutes coming out.

To round out the week, the US and China will start their high level negotiations towards a trade deal in Washington on Thursday and Friday. However, there is little hope for a trade deal to be arrived at so soon as China appears reluctant to agree to a broad trade deal and still has some reservations that need to be addressed.