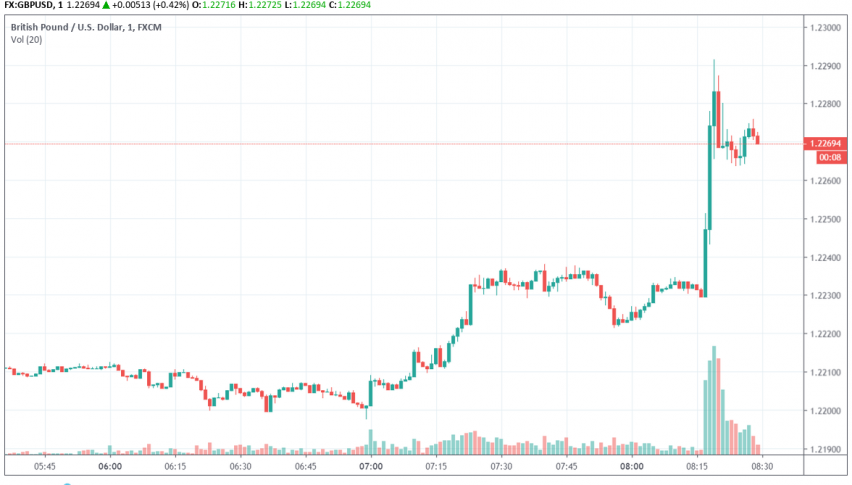 The Pound continues to trade weakly into the US dollar after falling to a one-month low over worries of a breakdown in Brexit discussions between Britain and EU. At the time of writing, GBP/USD is trading at around 1.226 after a sudden spike.

The ongoing round of negotiations on Brexit are close to a dead-end after the EU rejected PM Boris Johnson’s latest Brexit deal. According to a source in Downing Street, German Chancellor Angela Merkel all but confirmed to Johnson on a telephone call that a deal on Brexit was unlikely.

European Council president Donald Tusk took to Twitter to express his frustration at Johnson, stating, “At stake is the future of Europe and the UK as well as the security and interests of our people. You don’t want a deal, you don’t want an extension, you don’t want to revoke. Quo vadis? [Where are you going?]”

For now, the most likely scenario appears to be another extension on Brexit until sometime next year, which will give Johnson a few months to work out a deal acceptable to the EU. Meanwhile, the UK government seems to be going ahead with preparations for a no-deal Brexit as it published a “No-Deal Readiness Report” on Tuesday detailing how it was ready for such a scenario.