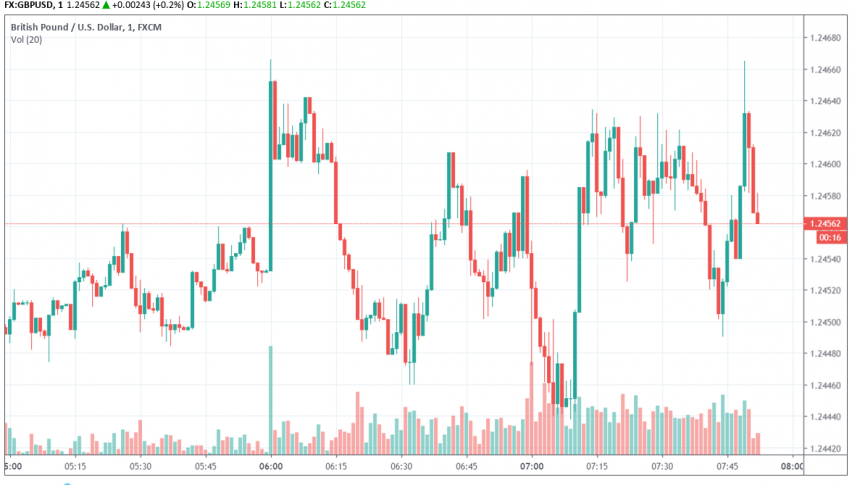 Early on Friday, the Pound continues to trade stronger against the US dollar on hopes of a possible Brexit deal being revived once again by PM Boris Johnson and his Irish counterpart Leo Varadkar. At the time of writing, GBP/USD is trading around 1.245.

A joint statement issued by both prime ministers expressed optimism that they would be able to work towards a potential deal before the Brexit deadline coming up in a few weeks. According to an Irish Times report, both sides had managed to make significant progress on the issue of the Irish backstop, specifically on the issue of customs.

Meanwhile, Brexit Secretary Stephen Barclay is expected to meet EU’s chief negotiator Michael Barnier later today. Barclay is expected to present ideas discussed in the meeting of the prime ministers on Thursday before the EU, and if they are accepted, it could signal a progress in negotiations towards a Brexit deal.