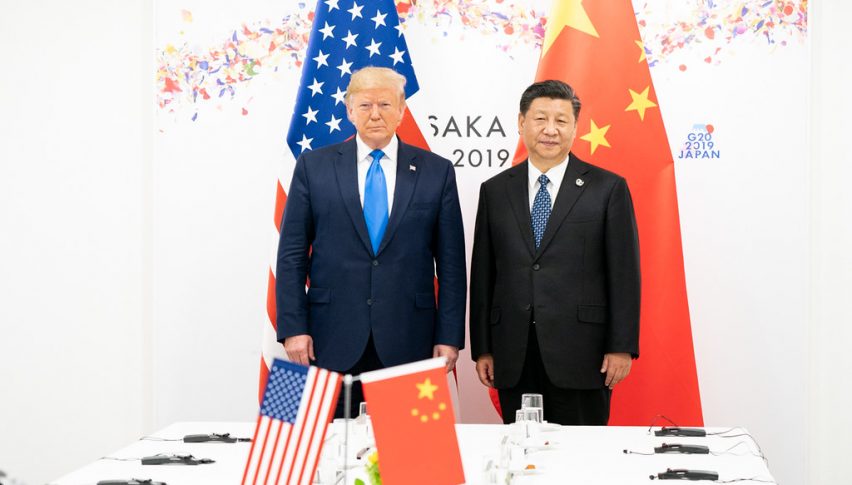 Last week, the market traded the risk-on sentiment after the safe-haven demand faded on the US-China currency agreement. The agreement hovered as a symbol of improvement in the past week’s trade discussions between the world’s two biggest economies would often repeat past commitments by China, currency specialists state, and will not change the dollar-yuan association that has been a thorn in the side of President Donald Trump.

As part of the Group of 20 primary economies, both the United States and China consented to such language beginning in 2010.

At that time, China was broadly seen to be intentionally holding down the price of its densely managed currency, also recognized as the renminbi (RMB). But this invasion turned to mainly prop up the yuan’s value following a definite devaluation in 2015.

Looking ahead to this week, five major economic events are worth watching. Let’s take a look.

It’s the primary gauge of consumer spending, which accounts for the majority of overall economic activity. Economists aren’t optimistic about retail sales this month as the figures are expected to slip to 0.2% vs. 0.5% previously. Considering this, the traders are anticipated to continue trading the dollar with a bearish bias.

Alongside, the core retail sales will also be in focus as it shows a change in the total value of sales at the retail level, excluding automobiles. The data is due at 12:30 GMT and the retail sales are expected to fall by 0.1% vs. 0.5% beforehand.

The Office for National Statistics will be releasing the UK’s inflation figures. British CPI has been stable at 2% in May, precisely in line with BOE’s target. Economists are expecting no change in the inflation rate this month; thereby, we may also not see any changes from the BOE policy decision and tone.

Statistics Canada is also due to report inflation figures on Wednesday. As you all know, consumer prices account for a majority of overall inflation. Inflation is significant to currency valuation because rising prices lead the central bank to raise interest rates out of respect for their inflation containment mandate. Canadian inflation is expected to take a hit of -0.3% drop in CPI figures vs. 0.4% surge last month amid a surge in the trade war.

Perhaps that’s why the Bank of Canada (BoC) fostered a slightly more cautious tone this week, noting that trade tensions are becoming a bigger threat. The figures may weigh on the Loonie this week.

With the Conservative leadership contest not supposed to end until July 22, Brexit story is expected to continue for now, while UK data may come back in the limelight.

Labor market figures for May will hit the markets on Tuesday, ahead of the inflation prints for June on Wednesday, ending with retail sales stats on Thursday.

This month’s figure is expected to fall, but the drop is less than before. Retail sales of -0.3% vs. -0.5% beforehand are on the cards this week.

On Friday, the Chinese GDP figures will set the stage for trading in global stock markets and gold. The National Bureau of Statistics of China will be eyed for the release of GDP figures. This data represents the quarterly value compared to the same quarter a year earlier. Chinese data can have a broad impact on the currency markets due to China’s influence on the global economy and investor sentiment.

As per economist forecast, China’s GDP growth seems to drop to 6.1% for the third quarter of 2019. The economy is expected to operate steadily in the third half of the year, with GDP growth meeting the target range. The GDP growth mark was anchored in the 2019 Government Work Report. In the first quarter, China delivered a GDP expansion of 6.4%, despite the trade war between China and the US.