The Trend Seems to Have Shifted for EUR/USD, As the 20 SMA Turns Into Resistance - Forex News by FX Leaders

News > The Trend Seems to Have Shifted for EUR/USD, As the 20 SMA Turns Into Resistance 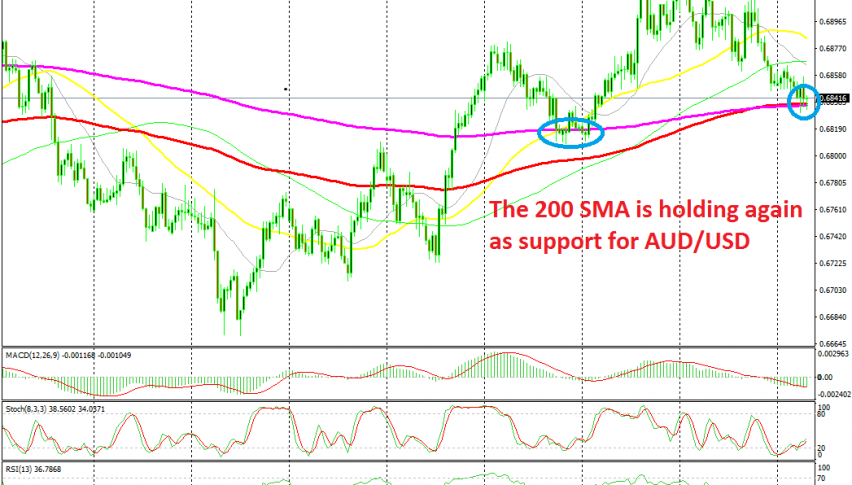 The Trend Seems to Have Shifted for EUR/USD, As the 20 SMA Turns Into Resistance

The retrace higher has ended now

EUR/USD turned pretty bullish in October, climbing around 300 pips from the bottom as the sentiment improved after the EU and Boris Johnson reached a Brexit deal. The partial trade deal also helped improve the sentiment. But, the deeper decline in US manufacturing was the main reason for this bullish reversal.

Although, the climb stopped at 1.1170s and after buyers failed twice to push above that area, they finally gave up and this month the trend turned bearish again. EUR/USD has given back more than half of its losses and the 20 SMA (grey) is providing resistance on pullbacks.

This is a strong sign that the trend has turned bearish now. The 20 SMA provided resistance last week and again today, reversing the price down. We are short on this forex pair since yesterday, when we sold the retrace higher. So, this pair has turned bearish again now, but the price action is pretty slow, since traders are waiting on the sidelines for Donald Trump’s speech later this afternoon.