US West Texas Intermediate crude fell 24 cents, or 0.4%, to $57.87, after falling 0.5% in the previous session. Crude inventories in the United States increased 1.6 million barrels last week because production hit a record high of 12.9 million barrels per day (BPD), and refinery runs slowed, the Energy Information Administration said. Analysts in a Reuters poll had forecast a drop of 418,000 barrels.

WTI crude oil prices had increased this week due to expectations that China and the United States, the world’s two biggest crude users, would soon sign a preliminary agreement, putting an end to their 16-month trade war.

In the United States, energy services company Baker Hughes reported that US oil drillers reduced the number of drilling rigs for a record 12 months in a row.

While China has repeatedly warned the US administration against interference in their personal affairs, President Trump’s move will likely hurt the relationship with China at a time when both sides are trying to reach a “phase one” trade deal.

WTI Crude Oil – Technical Outlook
On the technical front, WTI crude oil is trading at 58.40, after testing the crucial support level of 57.65 level. The support is extended by bullish trendline as well as the violated resistance level, which is now working as a support for crude oil. 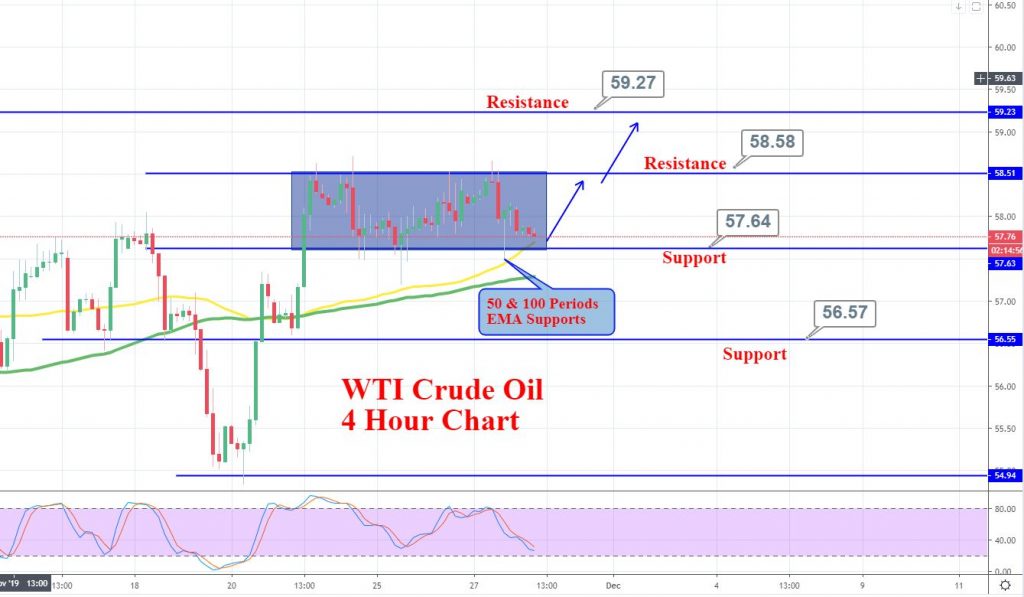 USD Continues To Rally Amid Mass Capitulation
14 hours ago

Gold Also Turning Bearish, Showing That Traders Are Turning to the USD Now
16 hours ago
Comments